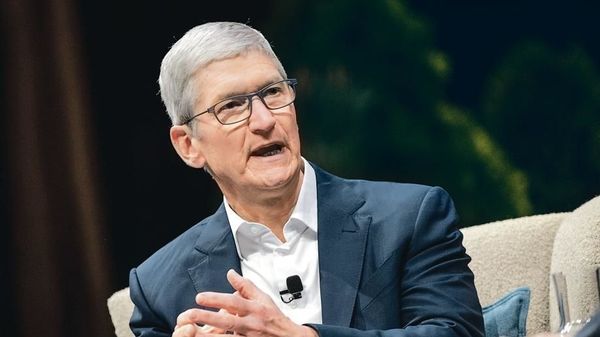 NEW DELHI : Apple, the maker of iPhones and iMac computers, will launch an online store in India this year, while the first physical stores in the country will open next year, its chief executive officer Tim Cook said on Wednesday.

“We needed to get approval from the (Indian) government to go in there ourselves,” Cook said responding to a query at a shareholder meeting in Cupertino, California. “The company does not want “somebody else to run the brand” for it, he said.

Apple is “working with the government to seek approval,” Cook said, showing expressed confidence that the approval will be granted soon. Apple, known for its exclusive stores globally with their unique design and services, currently undertakes its sales operations in India through third-party retailers and distributors. Apple-branded brick-and-mortar stores in the country are also managed by third parties and not directly operated by the company itself.

Opening an online store could help Apple shore up its business in India. “We estimate that they won’t restrict themselves to iPhones alone,” said Tarun Pathak, associate director, Counterpoint Research.

“From a users perspective, online is a very important channel in India. From a volume point of view, we do not expect it to do much for Apple,” he said. Pathak, however, said that a web store could become a one-stop shop for Apple’s entire ecosystem of products and make it easier for the company to increase its portfolio.

At present, companies have to sell through Amazon, Flipkart and hence give a cut of the revenues to those platforms. Thus, creating retail stores online allows Apple to retain the entire revenue and showcase all its products to consumers, he said.

The move comes a little more than six months after the government relaxed local sourcing norms for single brand retailers, which have been a hurdle for companies wanting to open stores in India.

“We appreciate the support and hard work by PM Narendra Modi and his team to make this possible and we look forward to one day welcoming customers to India’s first Apple retail store. It will take us some time to get our plans underway,” the company had said at the time. Apple has reported “double-digit growth” in iPhone sales in India in the past couple of quarters. It touched a record 75.6% market share for devices priced in the $500 and above segment, as per a Q4 2019 report by International Data Corporation (IDC).

X Analysts have attributed Apple’s growth in India to discounts on products such as iPhone XR smartphones. It has also been helped by a sustained growth in the premium segment in India. “Shipments for phones priced between $200-300 grew by 71.9% year-on-year, while strong shipments of the newly launched iPhone 11 series drove the $700 and above segment,” IDC said.