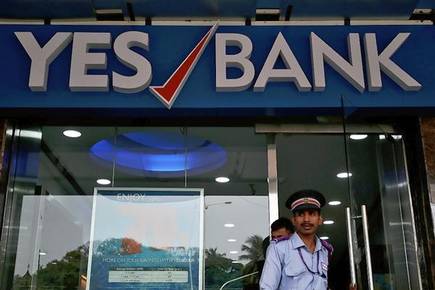 By Friday evening, the RBI said that the State Bank of India (SBI) will own 49 per cent of Yes Bank’s shareholding for its revival. So what does the big restructuring move mean for Yes Bank’s depositors?

WHO WILL RUN YES BANK?

RBI said that a new board of directors would be appointed. It also said that the office of the Administrator of Yes Bank Ltd. appointed by the Reserve Bank will be vacated once the new Board takes charge.

The new board of directors will include a CEO who would also be the Managing Director. Other Board of Directors would be a Non-Executive Chairman and two Non-Executive Directors.

WHAT LED TO THE CRASH

The financial position of Yes Bank has undergone a steady decline over the last few years because of its inability to raise capital to address potential loan losses and resultant downgrades, triggering invocation of bond covenants by investors, and withdrawal of deposits. The bank was making losses and inadequate profits in the last four quarters.

The bank has also experienced serious governance issues and practices in recent years which have led to a steady decline of the bank. Take, for instance, the bank under-reported NPAs to the tune of Rs 3,277 crore in 2018-19. That was prompted RBI to dispatch R Gandhi, a former Deputy Governor, to the board of the bank.

The bank was engaged with a few private equity firms for exploring opportunities to infuse capital as per the filing in stock exchange in February this year. RBI says since a bank and market-led revival is a preferred option over a regulatory restructuring, it made all efforts to facilitate such a process and gave an adequate opportunity to the bank’s management to draw up a credible revival plan, which did not materialise

The bank was facing regular outflow of liquidity. It means that the bank was witnessing withdrawal of deposits from customers. In fact, the deposits are bread and butter of a bank. The bank had the deposit book of Rs 2.09 lakh crore at the end of September 2019.