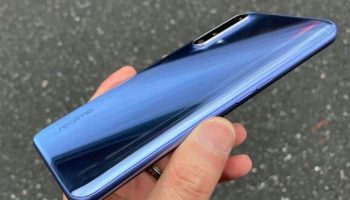 After weeks of leaks and rumours, there’s finally news on the launch date of the Redmi K30 Pro. The smartphone will reportedly launch in China first and then make its way to global markets.

This information comes courtesy of the GM of Redmi, Lu Weibing, who without revealing the launch date of the device has revealed that the phone will be launched towards the end of the month, with the Redmi K30 Pro launch being held between the launch of the Huawei P40 series and the Honor 30 series.

For the unitiated, the P40 series is set to launch on March 26, while the Honor 30 series of smartphones will be launched in April. This would mean the Redmi 30 Pro could be launched towards the end of March, with the device ready to go on sale in April.

Being the pro variant of the Redmi K30, the phone is expected to ditch the 730G chipset, and instead use a Snapdragon 865 mobile platform.

For now, very little information is known about the phone, however, reports have suggested that the phone could get a massive 6.6-inch AMOLED display that could support a refresh rate of either 90Hz like the Mi 10 or bring in the full 120Hz refresh rate. Given that it’s an OLED panel, we can also expect an in-display fingerprint sensor.

Under the hood, the flagship is expected to use the Snapdragon 865 chipset and in supported countries, it will come with support for 5G networks. We can expect up to 12GB RAM of the LPDDR5 type as well as up to 256GB of UFS 3.1 storage.

It will be running on MIUI 11 based on Android 10 at launch for sure. Similar to the Redmi K30, the Pro variant could rely on a 4500mAh battery but leaks suggest that the phone will come with 33W fast wired charging system.