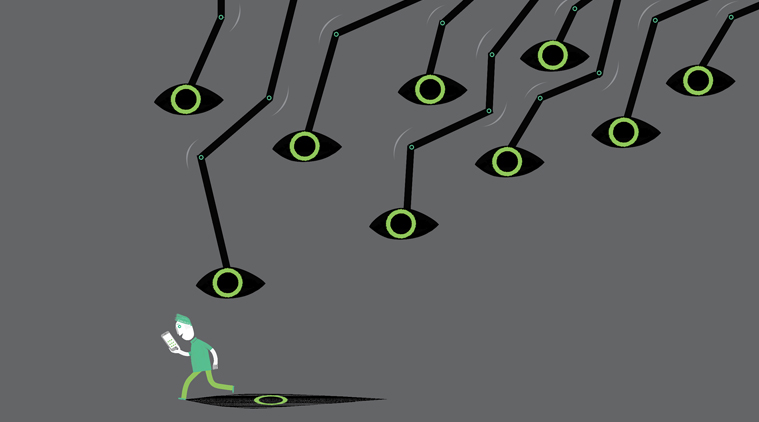 Raising questions of surveillance and alleged violation of user privacy guidelines mandated by the Supreme Court, the government has been seeking call data records (CDRs) of all mobile subscribers across several pockets of the country for specific days over the past few months.

This unusual request has been routed to telecom operators through the local units of the Department of Telecommunications (DoT). Records have been sought for consumers in the circles of Delhi, Andhra Pradesh, Haryana, Himachal Pradesh, Jammu & Kashmir, Kerala, Odisha, Madhya Pradesh and Punjab.

“It has been happening for several months now but during January and February, we started seeing these mass requests,” said a senior executive of a telecom operator on the condition that he not be named.

Indeed, on February 12, the Cellular Operators Association of India, which represents all major telecom operators, red-flagged these requests in a complaint to Anshu Prakash, Secretary, Department of Telecommunications.

“CDRs sought for specific routes/areas may lead to allegations of surveillance, especially in a state like Delhi having numerous VVIP zones having offices and residences of ministers, MPs, Judges, etc,” the COAI said in its note to Prakash.

Not in line with revised rules

Rules for obtaining call records were tightened following a row in 2013 over unauthorised access to CDRs of several politicians. Under the new guidelines, only an officer of the rank of SP and above was authorised to seek details from telecom operators, and inform the DM of CDRs obtained every month. The current request is not in line with these guidelines.

In the Delhi circle, with nearly 53 million subscribers, The Indian Express has learnt, CDRs of consumers were sought by the DoT for February 2, 3 and 4 this year. Incidentally, protests against the Citizenship Amendment Act were on at the time; campaigning for Delhi elections ended on February 6 and polls were held two days later.

The Indian Express sent an email and SMS message to Prakash but he did not respond.

In its complaint, the COAI has said that in their requests, the DoT units have mentioned neither the intended purpose for requisitioning these CDRs nor the identity of the subscribers which is a violation of privacy norms.

Under Clause No. 39.20 of the licence agreement that the DoT has with the operators, the latter have to preserve records including CDRs and IP detail records (IPDR), for at least one year for scrutiny by the Licensor (which is DoT) for “security reasons,” and the Licensor “may issue directions/instructions from time to time” with respect to these records.

The licence condition also goes on to mandate that CDRs be provided by mobile companies to law-enforcement agencies and to various courts upon their specific requests or directions, for which there is a laid-down protocol.

In 2013, following a furore over unauthorised access to CDRs of several politicians, including the then Leader of the Opposition in Rajya Sabha Arun Jaitley, the UPA government had moved to tighten the guidelines for obtaining the call records.

Under the new guidelines issued the same year, after clearance from the Home Secretary, officers of the rank of Superintendent of Police (SP) and above alone were authorised to seek such details from telecom operators. Further, the SPs had to give a mandatory declaration to District Magistrates (DMs) about the CDRs obtained every month.

However, the current request doesn’t conform to any of these guidelines. When contacted, a former chairperson of the Telecom Regulatory Authority of India (TRAI) said: “This is most unusual. Once they have a database, they can query specific numbers to ascertain who spoke to whom. There must be a reason (given for asking CDR details), without which it is an arbitrary action and a violation of the right to privacy.”

“They are not just asking for one particular person’s data. They are saying give us everybody’s data on this day in this region. That is clearly violative of the standard operating procedure. They need a probable cause to tap into someone’s data,” a senior telecom industry executive said. When asked if the operators were complying with the requests of the government, the executive said: “We don’t have a choice.”

Some industry executives alluded to the possibility that the DoT could be asking these details to monitor the call-drop situation but said that CDRs would not paint a clear picture of the poor quality of service which is, in any case being monitored by the sector regulator. “If that is the reason they are seeking the CDR details, they should inform the operators,” an executive said.

In its note to Prakash, the COAI said that local units of DoT had asked for CDRs on a monthly basis specifying dates: Andhra Pradesh (1st and 5th days of the month), Delhi (18th day), Haryana (21st day), Himachal Pradesh and Jammu & Kashmir (last day of the previous month), Kerala and Odisha (15th day), and Madhya Pradesh and Punjab (last day of previous month and first day of current month).

In addition to this, the local units of the DoT also sought CDR details on an ad hoc basis like in the case of Delhi circle, on February 2, 3 and 4.