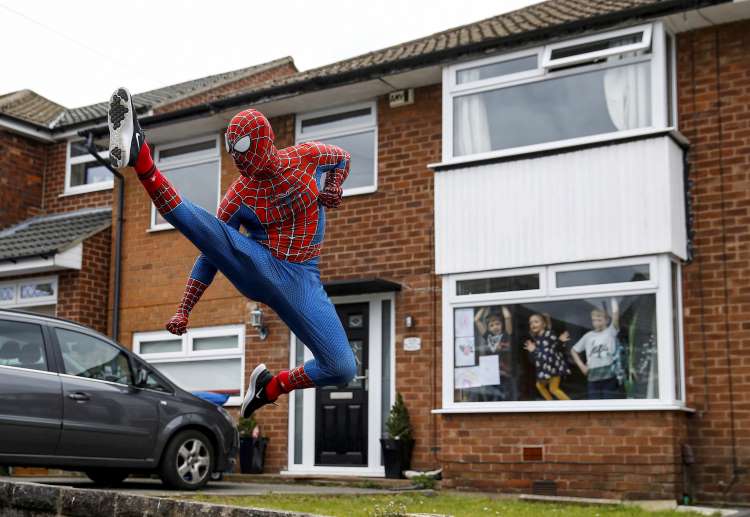 Almost half of the coronavirus (Covid-19) cases in Kerala, Madhya Pradesh, Rajasthan and Punjab have been traced to areas spread over a few kilometers, with these hot spots accounting for 226, or about 14%, of the infections in India so far, according to an analysis of the numbers.

INDORE: Madhya Pradesh has so far reported 86 Covid-19 cases and almost 50% of them, 63, are from Indore, which has for two years been ranked as India’s cleanest city by Central government. Of the 63, 43 cases have been reported within the last three days. Indore is Madhya Pradesh’s most populous city with a population of around two million.

Most of the cases in Indore been reported from congested neighbourhoods such as Ranipura, Nayapura, Daulatganj, Hathipala, Chandan Nagar and Khajrana, where maintaining social distancing is a challenge.

A health official said about 50,000 people from these localities are being monitored. “More than 650 have already been quarantined while the process is going on to identify others with Covid-19 symptoms,” he said on condition of anonymity.

Indore district collector, Manish Singh, said it is challenging to conduct surveillance in such areas but that the administration has deployed at least 500 people for the purpose. “We fear a further increase in cases once more Covid-19 test resukts come,” he said. He added that swab test results of about 285 people are awaited.

Only two of the those who tested positive in Indore had a history of foreign travel.

The first four cases of coronavirus in Madhya Pradesh were reported from Jabalpur on March 20. Of the four, three belong to a jeweller’s family, which had visited Dubai. The fourth Covid-19 positive patient had returned from Germany. Four more Covid-19 patients in Jabalpur are the jeweller’s employees.

KASARAGOD: In Kerala, of the 241 Covid-19 cases, 128 have been reported from Kasaragod in the northern part of the state with a population of 1.3 million. The region has a poor doctor-population ratio of 1: 1500, as against 1: 300 in rest of the state. Experts said Kasaragod is home to a large number of expatriates living in West Asia and added that slack surveillance and poor medical infrastructure has led to such a large number of cases.

An alleged smuggler jumped quarantine and transmitted the disease to many in the city. After his case came to light, customs officials found he had made 14 trips to West Asia over three months.

Officials said at least 8,000 people have returned to Kasargod from West Asia since February 15 and were put under home quarantine. But many violated the quarantine restrictions and aggravated the situation.

The district is under a complete lockdown and two top government officials are camping in the region to ensure there is no community spread.

“We literally pleaded with foreign returnees to remain in their homes for at least 3-4 weeks. Many followed our advice but some flouted it and the district is paying a heavy price. We are fighting with all our might to contain the spread,” said Kerala minister E Chandrasekharan, who belongs to the district.

SBS NAGAR: Shaheed Bhagat Singh Nagar in Punjab accounts for about 45% of the total Covid-19 cases in the state. Most of these cases have been reported from 15 villages and been linked to a religious preacher, who returned from Germany via Italy on March 7 along with two other people.

Officials said the preacher, who held meetings in 15 villages and spread the disease, died on March 19. His test was conduced following his death. The other two have also tested positive for the disease and are now in isolation.

Officials have put about 1,000 people in government quarantine facilities in the area.

Deputy commissioner Vinay Bublani said 361 samples of suspected Covid-19 cases have been taken across the 15 villages and that 19 of them have tested positive. He added that 14 of them are the preacher’s family members and include his two year-old grandson. “No patient has been found positive over past five days. We are hopeful that we will shed this tag of being a hot spot,” he said.

BHILWARA: In Rajasthan’s textile city, Bhilwara, where two doctors are among those infected, the disease has spread to another 25 people and necessitated a massive screening exercise in a district with a population of 2.8 million. A curfew has also been imposed in the district.

The doctors tested positive for the virus on March 19 and are undergoing treatment. “One doctor is a general physician and the other was ICU [intensive care unit] in charge. They were unwell since March 11 or 12 and were still working,” said district collector Rajendra Bhatt, who has deployed over 1,000 personnel for contact tracing.

Curfew was lifted on Monday in Bhilwara town as no new cases were reported.

Till Monday, Bhilwara contributed to about half of the 51 cases in Rajasthan. However, by Wednesday, the total Covid-19 cases in the state increased to 93.