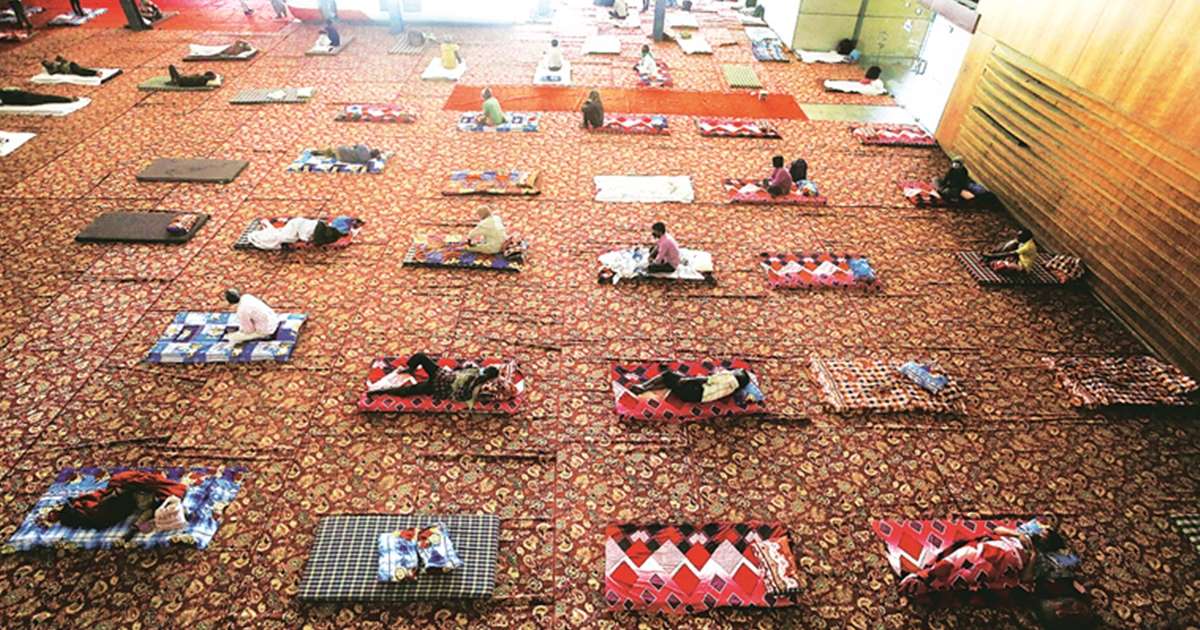 While the number of novel coronavirus (COVID-19) cases across the country has doubled in the last three days, from 1,251 on March 31 to 2,547 on April 3, over 25 per cent of the positive cases so far are linked to the Tablighi Jamaat congregation in the Capital last month.

Of the 478 new cases reported in the last 24 hours — the highest single-day spike so far — at least 247 have been traced to the gathering at Markaz Nizamuddin attended by over 4,000 people.

Briefing the media Friday, Lav Agarwal, Joint Secretary, Ministry of Health and Family Welfare, said 647 cases linked to the congregation had been reported from 14 states so far. On Thursday, the tally was 400.

Many states have seen a sharp spike in cases in the last few days, fuelled by those who attended the gathering and their contacts. Tamil Nadu, for instance, reported 102 new cases on Friday, of which 100 were linked to the Delhi meet.

Telangana reported 75 new cases, all linked to the Tablighi Jamaat gathering. In Uttar Pradesh, 40 of the 48 new cases reported in the last 24 hours were traced to the congregation.

“If we look at the last few days, the primary reason for increase is the number of cases at a particular level. Otherwise, because of our efforts to promote social distancing and effectively implement the lockdown, cases were coming, but the rate of increase had not gone up. We have to understand that we are dealing with an infectious disease and one person’s failure puts us all back and all our efforts are a waste,” Agarwal said.

The states from which cases linked to the Tablighi Jamaat congregation have been reported so far are: Delhi, Andaman and Nicobar, Assam, Himachal Pradesh, Haryana, Jammu and Kashmir, Jharkhand, Karnataka, Maharashtra, Rajasthan, Tamil Nadu, Telangana, Uttarakhand and Uttar Pradesh.

In Tamil Nadu, State Health Secretary Beela Rajesh said of the 411 cases in the state so far, 364 were linked to the congregation. “A total of 1,200 people who travelled to Delhi in this regard have been tested for COVID-19, 303 people tested negative and the final results are pending,” she said.

“Our containment zone covers up to 5 km from the potential cases, and a 2 km buffer zone is also being watched regularly by a massive team of health workers,” she said.

Rajesh said that barring one death in Madurai, all the other patients in the state were stable. “Nobody required critical care… That is a positive sign,” she said.

With nine deaths being reported across the country in the last 24 hours, the toll has gone up to 62. Of the total cases, 162 have recovered so far.

The last doubling of positive cases, from 606 to 1,251, took five days (March 26-March 31). The epidemic doubling time is an estimate of the speed of spread of a disease and the success of containment measures.

Meanwhile, testing has picked up with 10,034 samples being tested in the last 24 hours. The total number of samples tested so far is 69,245. The ICMR said 2,653 had tested positive so far. India’s daily capacity for testing is about 12,000 samples. ICMR is also finalising the guidelines for the use of serological tests.

And, a day after Prime Minister Narendra Modi told Chief Ministers to “formulate a common exit strategy to ensure staggered re-emergence of the population once the lockdown ends” on April 14, a senior Punjab government official said the state was considering extending the lockdown.

A Group of Ministers headed by Defence Minister Rajnath Singh carried out a detailed review of the overall healthcare system and the situation arising out of the 21-day nationwide lockdown, including the supply of essential commodities.

The Defence Ministry said five testing labs at Armed Forces’ hospitals are part of the national grid for carrying out COVID-19 tests, and six more are being prepared.

In addition, 15 other facilities are being kept ready as standby for use, if required.