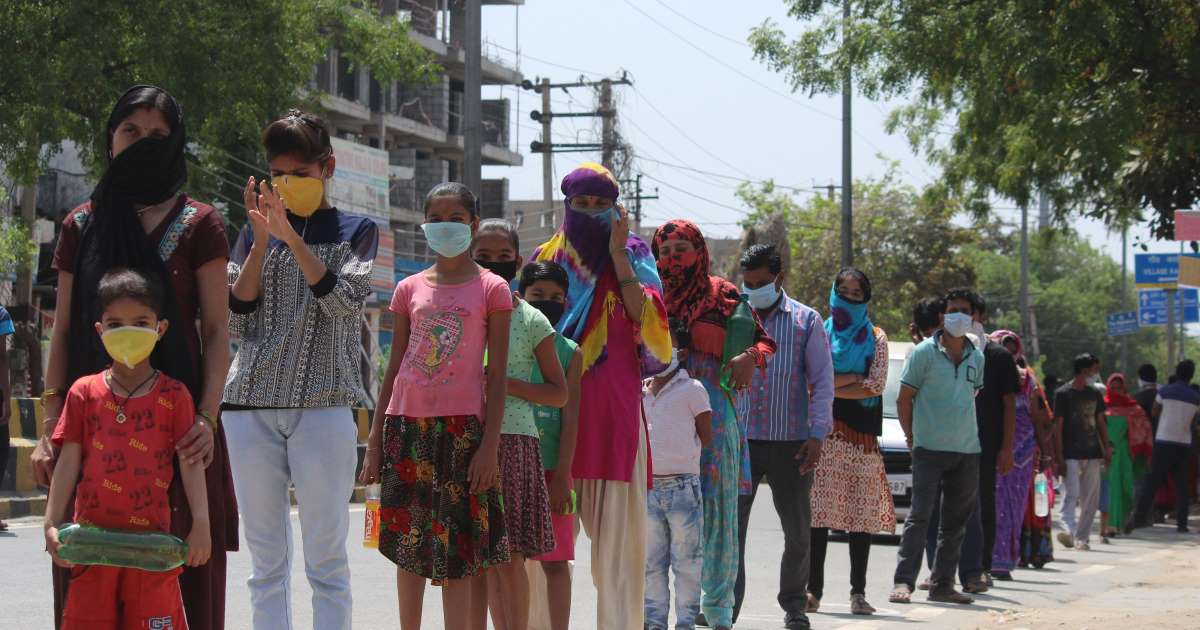 Even as some states have already announced an extension of restrictions for two more weeks, the Centre is learnt to be looking at a lockdown model which allows the states to decide if there is room for relaxation in some areas.

However, the spread of the novel coronavirus (COVID-19) cases to almost half the total districts in the country — from 284 to 354 districts over the past week — is likely to weigh on the mind of the Central government in crafting a graded approach.

Also, the number of cases is still rising. In the highest single-day spike so far, 918 cases and 31 deaths were reported across the country on Sunday. The total has now gone up to 8,447 cases, of which 273 have died while 764 recovered.

The 70 new districts where COVID-19 cases have been reported are spread across 17 states: Uttar Pradesh (13 new districts), Punjab (8), Maharashtra (7), Rajasthan (6), Telangana (6), Gujarat (5) and Haryana (5) are among the states where at least five new districts have been affected.

At Prime Minister Narendra Modi’s video conference with chief ministers on Saturday, several states had pushed for resumption of some economic activities in regions with no COVID-19 cases. Some like Bhupesh Baghel (Chhattisgarh), Pinarayi Vijayan (Kerala) and YSR Jagan Mohan Reddy (Andhra Pradesh) had sought the freedom and authority to decide and allow economic activities, be it farming or industry.

In BJP-ruled Haryana, where the number of affected districts has increased from 12 to 17 over the past week, Chief Minister Manohar Lal Khattar has already announced that the state will be divided into three zones, on the basis of the number of cases, indicating that restrictions will be eased in the less-affected areas.

“After the three-week lockdown is over (on April 14), it is clear that some things will have to be done. Production will have to open enough to maintain supply of essential goods. There are also thoughts on allowing relaxations in the ‘very safe’ areas. But if that is done, the onus of identifying those areas will be on the states, because they are the ones doing the containment on the ground, and they know which are those areas.

Also, the numbers and spread are changing every day; more than a top-down effort is required (so) that the states are given more room,” said a top government source.

There is a sense in the government that giving states more room may not actually make a big difference on the ground as no state, at this point, can afford to opt for a “thoughtless” relaxation and then bear the burden of a spike in cases.

Another option being considered is easing restrictions for harvesting work and movement of goods, as demanded by many states. The Home Ministry has already issued directions to allow goods movement, regardless of whether they are covered in the essential list or not.

“Any substantive change in terms of allowing people to move around does not seem to be a good idea at this time. It will have to wait till the end of the month,” said another source.

The focus is now on ramping up testing capacity. Joint Secretary, Health Ministry, Lav Agarwal said 14 medical institutes have been identified to serve as mentors of medical colleges in their allotted areas and facilitate the establishment of COVID-19 testing facilities.

“Till 2.30 pm today, 1,86,906 samples were tested, of which 4.3% have been positive; in the last five days an average of over 15,747 samples have been tested,” Dr Manoj Muhurekar, epidemiologist at the Indian Council of Medical Research (ICMR), said.

Tracing the trajectory of the outbreak in India, Agarwal said that at every point, more beds were available than required.

According to the Health Ministry, as on April 12, while the requirement of beds for 8,356 cases is estimated to be 1,671 (20 per cent of confirmed cases with moderate and severe/ critical clinical symptoms), there are 1,05,980 beds available in 601 dedicated COVID-19 hospitals across the country. The number of isolation beds is being further augmented, the ministry said in a statement.

The current availability includes 242 beds at AIIMS-Delhi (including 50 ICU beds, 30-40 in high dependency unit and 70 ventilators) and 400 isolation beds and 100 ICU beds at Safdarjung Hospital, Delhi.

The Centre has also told states to make staying arrangements for doctors and other healthcare staff, so that they don’t risk exposing their families.