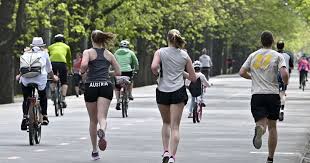 Fatty liver disease is common in people with obesity and type 2 diabetes and can lead to cirrhosis and liver cancer.But experiments in mice suggested the threat could be neutralised by sustained exposure to the exercise wheel.“This research shows that exercise can stop development of liver cancer in mice that have fatty liver disease related to obesity and type 2 diabetes,” said Geoffrey C. Farrell, of The Canberra Hospital in Australia.

“As yet there are very few effective therapies for liver cancer, so new approaches to prevent liver cancer are greatly needed,”  he added..Mice that had been genetically driven to eat so that they become obese and develop type 2 diabetes as young adults were injected early in life with a low dose of a cancer-causing agent.Half of the mice were allowed regular access to a running wheel; the other half were not and remained sedentary.

This slowed down the weight gain for three months, but at the end of six months of experiments even the exercising mice were obese. At six months, most of the sedentary mice had liver cancer while none of the exercising mice had developed it.”Exercise has already been shown to improve some outcomes for patients with cirrhosis. If the present studies in an animal model that closely resembles humans with fatty liver disease can be replicated in patients, it is likely that exercise could delay the onset of liver cancer and mitigate its severity, if not completely prevent it – thereby greatly improving patient outcomes,” said Dr. Farrell.The researchers demonstrated that exercise activated the p53 gene, known as “guardian of the cell” and “policeman of the oncogenes,”. This stops the persistent growth of altered cells destined to become cancerous. The research is published in the Journal of Hepatology.