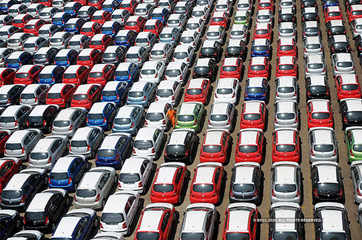 Mumbai: Unfazed by the Indian government’s clamps on Chinese foreign direct investment (FDI), leading automobile makers from China are ready to go ahead with close to $5 billion lined up for India in two-three years

Shanghai Automotive owned-MG Motor and Great Wall Motors are on track with India plans, whereas the likes of Changan and Chery continue to scout for opportunity to set up a base in the country, said several people in the know.

M G Motor is expected to finalise its next phase of investment of ₹5,000 crore for India in the next six months, whereas Great Wall Motors has committed a billion dollars, work on which has already begun, people in the know said.

Rajeev Chaba, MD, M G Motor India told ET that the recent directive by the government of India has no impact on the company’s future plans and they are on track.

“We have a great relationship with state and central governments. We are contributing for the domestic market in India and even to communities and societies in these times of crisis. Our future investment is aimed at participating in the India growth story and as of now, it is on track,” he said.

Similarly, Great Wall Motors is on track to conclude its takeover from General Motors India in the second half of 2020 in Maharashtra and readying for its India launch in 2021. An email sent to Great Wall Motors and BYD did not elicit any response. HR consultants have already started reaching out to vendor fraternity in Pune region for an opportunity to work with Chinese vendor companies in the Western automotive belt to support Great Wall Motors entry into India.

Fresh investments from China into Indian automotive market is expected to provide a much-needed breather to the bleeding auto market that recorded a five year low in sales in FY20.

MG Motor India and Great Wall Motors’ rival Changan, which has already set up a liason office in Gurgaon, is working out of its head office in China on the India project. The India team is waiting for the lockdown to end to start work on various surveys and is in touch with agencies, people in the know said. The company has already visited Andhra Pradesh, Tamil Nadu and Gujarat to explore setting up a plant and has entered an MoU with Group Landmark – a leading auto retail and insurance firm-for their India foray. TPG holds a minority stake in Group Landmark. “It is not about benefitting from this crisis, but to participate in the Indian growth story,” a senior executive at another Chinese company told ET.

The likes of BYD and Foton, who have developed a presence in the commercial vehicle segment, are expected to continue with their plans on electrification.

However, the current crisis has held up the entry of Haima Automobiles, which was to partner North India based Bird Group, to enter into the sub-₹10 lakh electric car market. Rony Abraham, executive vice president, Bird Electric Mobility Pvt Ltd, told ET, “It’s too early to say if there is going to be any direct impact of amendment in FDI policies.”