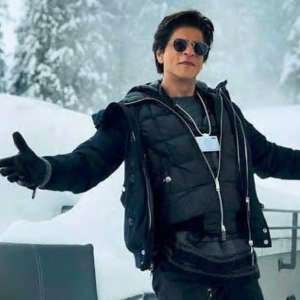 There are no two ways about Shah Rukh Khan being very witty and having a great sense of humour. We got another glimpse of that on today’s #AskSRK on twitter. So, a user asked him, “When/how do u know its right time to change careers/call quits if u are a superstar?” To this, Shah Rukh replied, “Wouldn’t know….try asking a superstar. I am just a King unfortunately.” Now that’ using self-deprecation humour to its best. By tweeting that he’s a king, he also managed to salvage himself.

He answered several questions quite superbly. He also ended the live chat in his own inimitable style. He wrote, “Thank you all for #AskSrk Need to get back to doing nothing. Please stay at home. Physical distancing. Hygiene. And respect all who r doing amazing work on ground. Just Love a lot more and do nothing…because ‘Jo kuch nahi karte woh kamaal karte hain.”

While Shah Rukh Khan is yet to announce his next as an actor, his next venture as a producer has come to light. He will be making a realistic film, which is inspired by the Muzzafarpur shelter mass abuse case of 2018. This film will be directed by Pulkit, who has earlier helmed a show on Subhas Chandra Bose and a film called, Maroon. According to a source close to the development, the filmmaker has also written the script. He apparently started working on the story, right after he read about the case.

Talking about his next film as an actor, it is likely to be Atlee, Raj and DK or Rajkumar Hirani’s directorial. The Rajkumar Hirani directorial is expected to release in 2021. “The talks about his project began earlier this year. Shah Rukh Khan has okayed filmmaker Rajkumar Hirani’s next. This seems to be a huge project and sets will be mounted by April or May 2020. Following this, the makers are looking for a 2021 release for the film. As of now, the cast and subject of the film is kept under wraps,” a source close to the development informed Bollywood Hungama.

His last film was Zero.