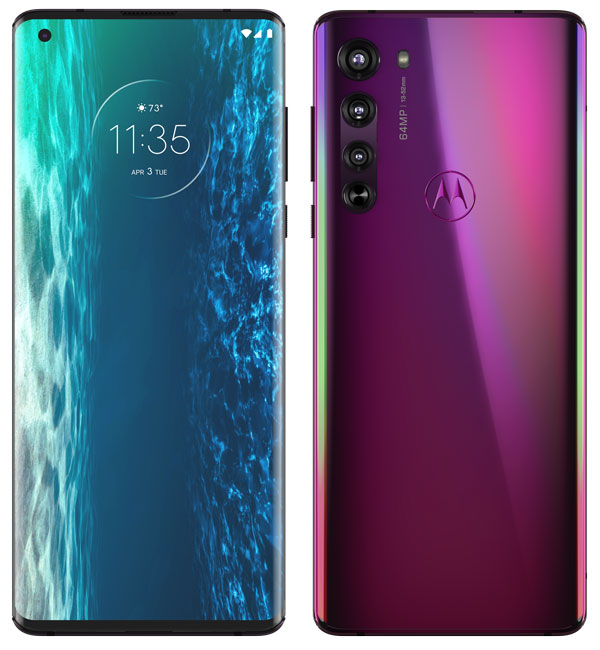 Motorola is back in the flagship game with premium Edge series.

The Motorola Edge will be available in Italy beginning in May at MSRP 699 euros (approximately Rs 57,800). The company says it will also launch the phone in various European countries in the following weeks. In the coming months, Motorola Edge will begin to roll out across select markets in Latin America and Asia Pacific. In the US, the phone will be available later this year.

Coming to the Motorola Edge+, the device will be available at a starting price of $999 (roughly Rs. 76,000). It will be available in various countries across Europe, in UAE at Etisalat and du and in KSA etc. In the coming months, the Edge+ model will begin to roll out in India and select Latin American markets. In the US, Motorola will make it available exclusively on Verizon starting May 14.

The Motorola Edge flaunts a 6.67-inch full-HD+ curved OLED display with 90Hz refresh rate and HDR10+ support. The display gets a punch-hole selfie camera design. Inside the phone, Motorola has used Qualcomm’s latest Snapdragon 765 SoC paired with up to 6GB of RAM and 128GB of expandable storage (up to 1TB). The handset is IP54 certified.

In terms of camera, the younger sibling Motorola Edge features a triple-camera setup with a 64-megapixel primary f/1.8 lens accompanied by a 16-megapixel wide-angle camera and an 8-megapixel telephoto lens support by a Time of Flight (ToF) sensor. On the front, you’ll find a 25-megapixel camera with f/2.0 aperture. The handset comes backed by a 4,500mAh battery with support for 18W TurboPower charging, but no wireless charging support.

The Motorola Edge+ also features a 6.67-inch full-HD+ curved OLED display with 90Hz refresh rate, HDR10+ support and a punch-hole selfie camera design. Internally, it is different from Edge sibling. Motorola has used Qualcomm’s flagship Snapdragon 865 SoC paired with up to 12GB of RAM and 256GB of non-expandable UFS 3.0 storage.

In terms of camera, the high-end Edge+ features a high-res 108-megapixel primary lens with f/1.8 aperture and 0.8-micron pixel size. The other two lenses in the triple-camera setup includes a 16-megapixel wide-angle camera ans an 8-megapixel telephoto lens. The setup is supported by a ToF sensor like the Edge. This one features 3X optical zoom instead of 2X. On the front, you’ll again find a 25-megapixel camera with f/2.0 aperture and 0.9-micron pixel size.