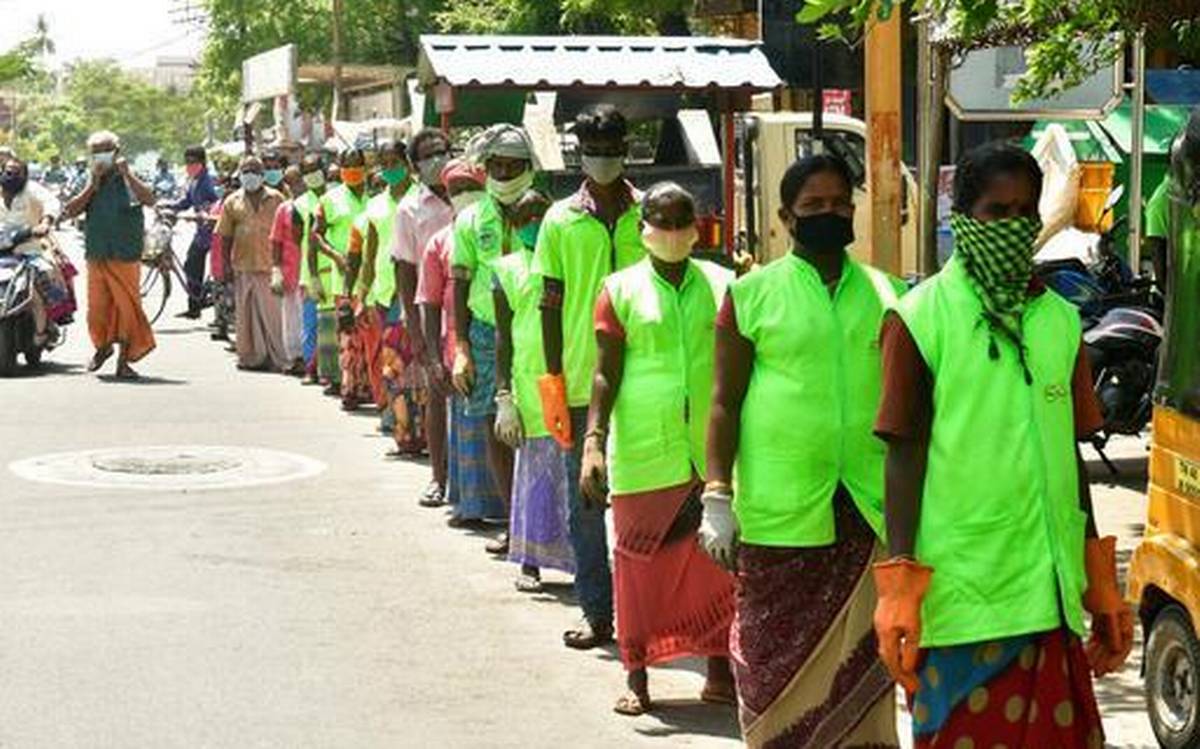 India’s tally of confirmed coronavirus disease (Covid-19) cases shot past the 26,000-mark on Saturday with the biggest single-day spike in infections, driven largely by Maharashtra and Gujarat where the outbreak has been growing at a much faster pace recently even as the rest of the country shows some improvement.

According to HT’s analysis of daily new cases reported by states, the latest 5,000 were reported over four days, a day longer than it took for countrywide infections to rise from 15,000 to 20,000. The national doubling rate of infections was 9.1 days, federal officials said on Saturday. For Gujarat and Maharashtra, this number was 4.3 and 6.7 days respectively, according to HT’s analysis of the numbers reported by the states.

The two regions together accounted for 1,067 of the 1,834 new cases on Saturday. Maharashtra alone reported 811 new cases. The two state’s capitals are the hardest hit: Mumbai logged an increase of 602 infections and Ahmedabad 182. In all, 824 people have now died of the disease across the country, an increase of 46 since Friday.

Officials said the overall growth in number of cases in India has been linear, compared to some other countries where it has been exponential. “It is hard to say whether the peak will arrive next month or later, but if you look at the graph it is quite linear. The case positivity rate has been about 4.5% throughout, so we can safely say that we have managed to flatten the curve,” said Dr Balram Bhargava, director general, Indian Council of Medical Research (ICMR), and secretary, department of health research.

Positivity rate refers to the proportion of people who test positive among all individuals tested on a particular day. While officials and experts argue that this number suggests India been testing adequately, the total number of tests carried out across the country is still a mere 420 per million population.

“It is not possible to stop an infectious disease but what lockdown has done is delay the spread, and successfully so,” said Dr Jugal Kishore, community medicine specialist, Safadrjung Hospital, Delhi.

According to ICMR data, there were close to 40,000 tests carried out by the government as well as private labs across the country on Friday.

“This is the capacity if we work in a single shift, but it can be scaled up to do almost double the number of tests. We have enough testing kits to perform tests for at least eight weeks and ICMR is in the process of procuring more. There is absolutely no shortage of kits or any other material in the country that would hamper the testing. Everyone who needs testing is being tested,” said Dr Raman R Gangakhedkar, head, epidemiology and communicable disease division, ICMR.

According to government data, 5,209 people have recovered from the infection, taking the India’s overall rate of recovery to 20.88%. As on Friday, India’s fatality rate was at 3.1%, which officials said was lower than what has been seen in several large countries. In the US, for instance, it is 5.6%.

In the national capital, which had the highest number of cases for several weeks when the outbreak began last month, 111 new cases were detected and one additional fatality was reported.

In Maharashtra, 22 new deaths were recorded on Saturday. In Gujarat, two teams form the Union government reached Ahmedabad and Surat, which were identified on Friday as particularly serious hot spots.