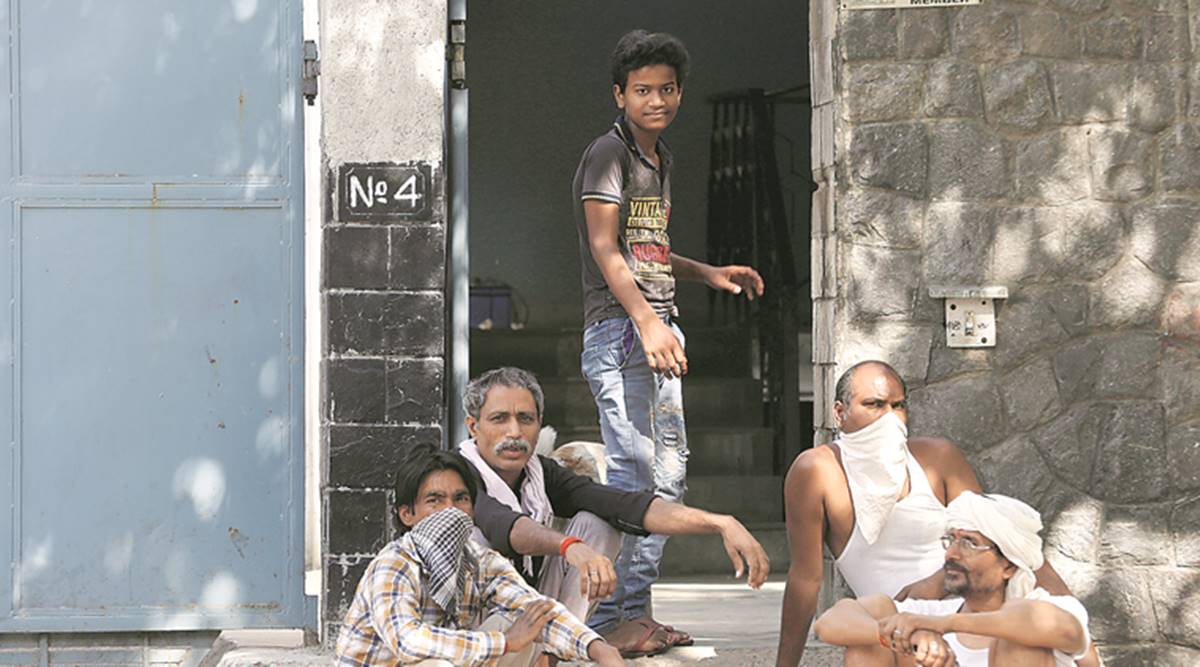 For the past 20 years, C P Sharma (45) has been turning paper reels into syringe disposal boxes. He owns a printing and packaging unit at Narela Industrial Area, and is now trying to figure out how to reopen his unit with just three workers.

He had procured 20,000 kg of paper reels from a buyer in Haryana’s Rai Industrial Area, apart from other raw materials that cost Rs 5 lakh before lockdown. The cost of production was another Rs 2 lakh. “But now, the Haryana border has been sealed, cutting off my raw material supply. And I had 15 workers, most of whom left for their villages.

The reopening of the industrial areas in Delhi is likely to be an unprecedented challenge, with a sizeable chunk of the workforce having left, disruption in supply of raw materials, and a credit-based system in which final payment usually comes two months after dispatch.

Akshit Bansal (30), who runs an import-export unit in Mayapuri Industrial Area, arrived outside his unit on Monday to find not a single one of his 10 workers to move his stock. Bansal deals in metals procured from Dubai, US, Canada, and several other countries. Twelve containers with goods worth Rs 12 lakh are stuck with a shipping line company, and he will incur a cost of Rs 1.2 lakh per day unless he takes delivery. “I won’t take the raw material if the charges exceeds its cost. But if I don’t take raw materials, I won’t be able to sell anything,” Bansal said.

Yogesh Goyal owns a unit producing corrugated boxes, printed material, catalogues and brochures. He buys paper and ink from Chawri Bazaar in Old Delhi, and also depends on supply from paper mills based in UP and Gujarat. He had employed around 30 workers, most of them are skilled, drawing a salary between Rs 15,000-20,000. “It will take 12 months for us to normalise our output to pre-lockdown levels. I have to pay an EMI of Rs 1 lakh per month, which is difficult considering the operating cost is Rs 6 lakh a month,” he said.

Sanjeev Madan, owner of an industrial wax-making unit, said he was looking forward to selling his stock in textile industries based in Rajasthan. He procures different types of waxes from Bawana and Mundka, spending Rs 1 lakh per month. “Before lockdown, it would take me two months to get payment. Now I can’t calculate when that will be. I still have to pay the salaries of four workers,” Madan said.

At Jhilmil Industrial area, the Flated Factory Association members have not allowed any unit to open until they get permission from local authorities.

The hub of micro industries located in multi-storey flats, factory owners have appealed to authorities to waive electricity bill, property tax, and maintenance charges for at least six months.

Gurmeet Singh (48), who runs a unit that repairs injection moulding machines, usually gets orders from Himachal Pradesh. “I have three workers who left for home. And if the relaxation kicks in, unless there is a robust transport system, my orders will never reach the buyer,” Singh said.

Manish Kapoor (49), who makes inverter systems delivered to markets in Surat, Jodhpur and Kanyakumari, said he has a month’s worth of raw materials purchased from Bhagirath Palace, but no workers. “It had become difficult to find workers even before the lockdown. Most workers here are from Northeast Delhi, where the riots took place. Now, with the virus, many small scale units will die,” Kapoor said