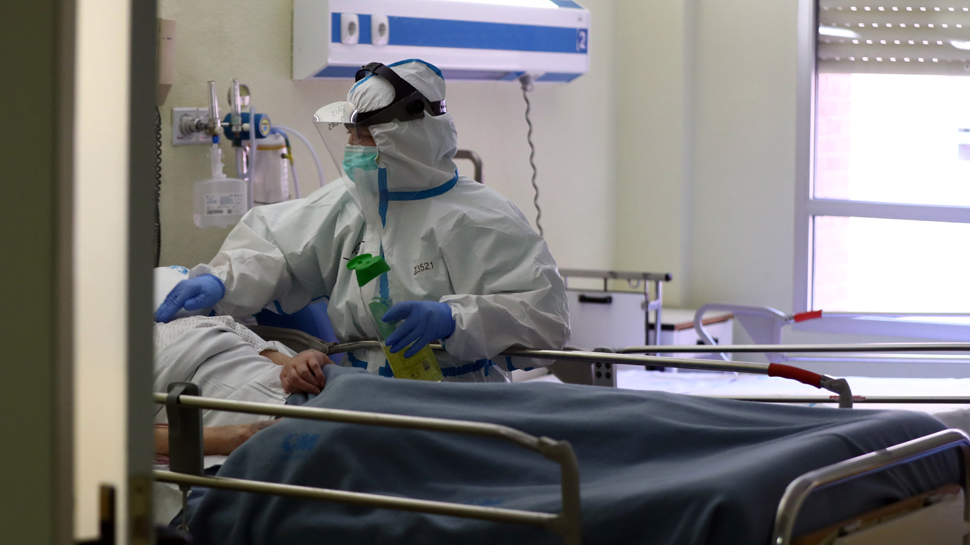 Regional and political fractures are emerging in many nations over how fast to lift the lid on the coronavirus lockdowns, as worries about economic devastation collide with fears of a second wave of deaths. French mayors are resisting the government’s call to reopen schools, while Italian governors want Rome to ease lockdown measures faster. As the British government looks to reopen the economy, Scottish leader Nicola Sturgeon has warned that acting too fast could let the virus wreak havoc again.

The US House of Representatives Speaker Nancy Pelosi on Thursday laid out the broad outlines of the next massive coronavirus-response bill Democrats will seek, with possible votes as soon as next week. Pelosi said the bill`s major components will include additional aid to state and local governments, more money for coronavirus testing and help for the financially troubled US Postal Service. Just before she spoke, House Minority Leader Kevin McCarthy, a Republican, said such a bill was premature.

Without providing dollar figures or details, Pelosi also discussed the need “for putting money in people`s pockets, direct payments.” And while she said she was hoping that the Democratic-led House would be in session next week — a hint that that is when votes on her coronavirus bill could be cast — she also said of the legislation, “I have to get agreement among my caucus” on the bill`s many provisions.

Spain weighed up further steps on Thursday to bring life back to normal as the coronavirus epidemic ebbed, but the capital Madrid and the city of Barcelona could remain under tight restrictions for the time being. Both cities and their surroundings have registered the highest number of coronavirus deaths and infections in Spain, one of the countries worst hit by the global pandemic.

Prime Minister Pedro Sanchez`s government is anxious to get the country up and running again without igniting the second wave of infections as the economy reels and Spaniards gradually emerge from nearly eight weeks under lockdown. Parliament voted on Wednesday night to extend a state of emergency for two more weeks from Sunday. This gives the government power to control people`s movements as it relaxes the lockdown which succeeded in curbing the outbreak.

The Bank of England warned Thursday that the British economy could suffer its deepest annual contraction since the Spanish War of Succession a little over three centuries ago as a result of the coronavirus pandemic, before roaring back next year. In what it describes as a plausible scenario, the bank said the British economy will be 30% smaller at the end of the first half of the year than it was at the start of it, with the second quarter seeing a 25% slump alone following a 3% decline in the first.

Unemployment is projected to more than double to around 9%, but that figure does not include the 6 million workers who have been retained by firms as part of a scheme that sees the government pay up to 80% of salaries. Many of those people furloughed may end up losing their jobs if the economy fails to recover as anticipated or the government starts withdrawing its support too soon.

Every evening when health experts updated anxious Italians in televised briefings about their nation’s devastating coronavirus outbreak, the lineup of authoritative figures included only one woman: the sign-language interpreter. And not a single woman was among the 20-member commission appointed to advise the government on how and when Italy could safely re-open its factories, stores, schools and parks a disparity all the more glaring because more than half the country’s doctors and three-quarters of its nurses are women, many on the heroic front lines of the pandemic.

Not to mention that the three researchers who isolated the coronavirus in the first days of Italy’s outbreak were women. Indignation over the gender inequality has now exploded into the open, with some 70 female researchers and scientists signing a petition demanding the government include women in virus decision-making bodies as a matter of democracy and civilization.