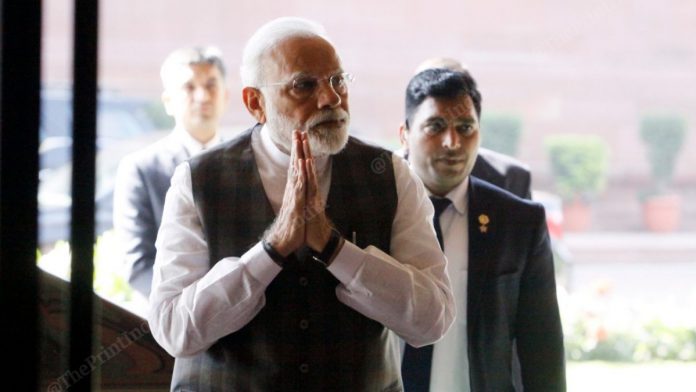 As the coronavirus pandemic continues to engulf one country after another, most leaders around the world are seeing a surge in their approval ratings.

From Japan’s Shinzo Abe and India’s Narendra Modi to France’s Emanuel Macron and United States’ Donald Trump — albeit the lowest among those polled — most democratically elected leaders are witnessing a rise in their approval ratings, based on their supposedly effective response to the pandemic. Political scientists call it “rallying around the flag” effect.

But if major economic crises of the past have taught us one thing, it’s this: Never judge a leader based on their immediate response in a crisis situation.

During a crisis, especially a transnational one, there are usually cookie-cutter technocratic economic responses available at the disposal of a leader. When one looks at the aftermath of the First World War or the 2008 global financial crisis, most leaders had technocratic responses and were lauded by the commentariat of the day for successfully mitigating the crisis and “saving the system”.

In 2008, G20 drove the international response to the global financial crisis. Of the 20 leaders that attended the momentous 2008 G20 meeting, only two were still in power by 2018.

Major economic crises often destroy the basic political assumptions of the day. And the initial technocratic responses fail to recognise the fundamental political shifts that may be occurring during the crisis.

Don’t leave the politics out

In 2008-09, leaders such as UK’s Gordon Brown, Japan’s Tara Aso, and Australia’s Kevin Rudd were lauded for increasing spending and successfully dealing with the financial crisis. But within a few years, the world saw the rise of nationalist populism, in one country after another.

The initial technocratic responses failed to acknowledge that the crisis had fundamentally hollowed out the middle class across Europe and North America. It left almost everyone worse-off. And millions of people were now feeling politically disenfranchised. This wasn’t a temporary change, and it was impossible to restore the only economic order without addressing this shift.

What made matters worse was the decline of traditional political parties and the blurring of their loyal voter base. Political theorist at McGill University Jacob T. Levy argues that compared to a few decades ago, political parties are no longer rooted in people’s lives. When the 2008 economic crisis worsened people’s lives, they couldn’t even articulate their demands using older party platforms.

The fall of the Weimar Republic

In the aftermath of the First World War, the rise of the Weimar Republic in Germany with a slew of centrist leaders was seen as a major political development of the time.

But just a little over a decade into it, this new political experiment failed and made way for a Nazi Hitler rule.

The massive politicised debt that Germany was being forced to pay by the victors in the aftermath of the First World War was fundamentally incompatible with the free-market economy that the country’s new political leaders were trying to uphold, according to Adam Tooze, economic historian at Columbia University. Only concessions or complete write-off of its debt, which had been proposed at the 1932 Lausanne conference before Hitler’s rise to power, could have supported the new economic order.

But this would have been a fundamental political decision, not an immediate technocratic response to the crisis.

Tooze says that once the crisis is over, the political leadership of the day wants to quickly restore the old economic order. The problem with such an approach is that the leader fails to address the structural and political realignments that have taken place during the crisis.

Economy is not the only thing a pandemic destroys

Today, leaders are responding to the coronavirus pandemic by either imposing or withdrawing a lockdown or throwing cash at the economy. Most of them will continue to see a rise in their popularity and some of them might even be rewarded electorally in the immediate future.

But the complete shutdown of the entire global economy in one go is unprecedented by any historical standards. And it is bound to have brought about fundamental shifts in not only the economy but the organisation of political life. Over the long-run, countries will be required to look for complex solutions than opt for technocratic responses such as lockdowns and fiscal stimulus that economists and epidemiologists have suggested for the coronavirus pandemic.