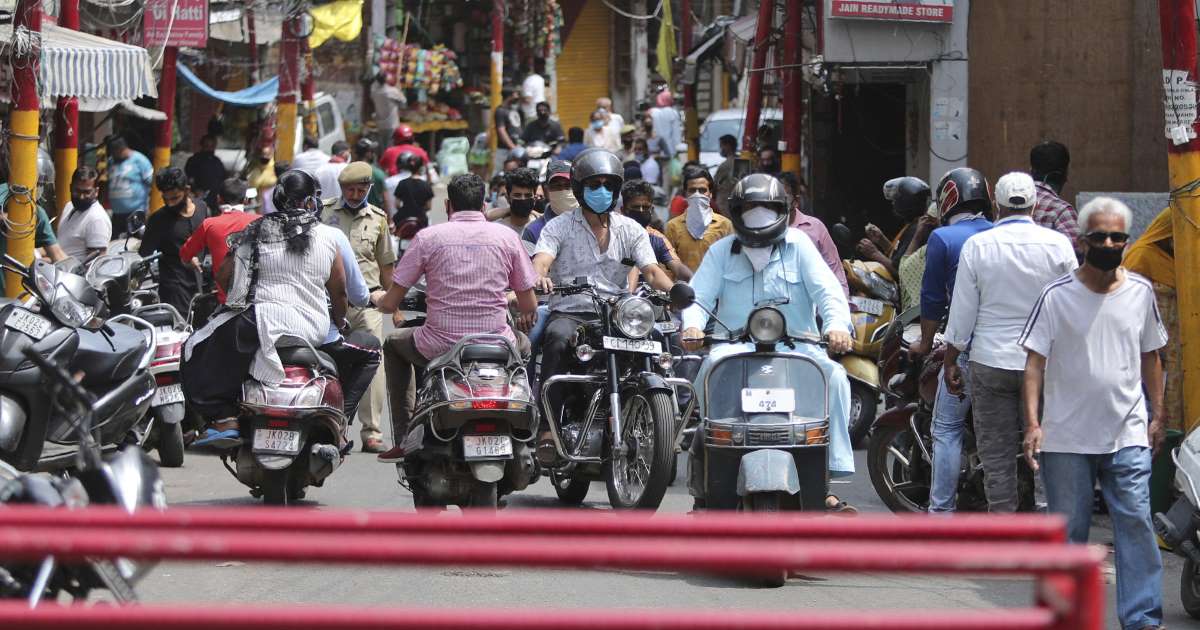 Ten vegetable and fruit vendors in Jaipur, three in Ahmedabad, a biryani delivery boy in Bhubaneswar and a kirana shop owner in Tuglakabad in Delhi are among new potential superspreaders of the coronavirus disease identified by the authorities in various states.

According to officials, the common factor in all these cases was that the source of the virus was not traceable. As most of these people were asymptomatic, their identification was a challenge for the authorities. In most of the cases, they were identified only after a large number of cases were reported from the places they had visited, officials said.

These new cases are markedly different from the superspreaders identified earlier. In March and April, most of the Covid-19 superspreaders were people with known travel history to places highly infected with Covid-19. Except the 11 vegetable vendors in Jhajjar, authorities have not been able to track the travel history of any other service provider to a known Covid-19 hotspot.

Kerala’s Wayanad remained Covid-19 free for 32 days before a truck driver from Chennai’s Koyambedu vegetable market got the virus. The market, now described as a major node for the infection, contributed to a sudden spurt in Covid-19 cases in Chennai in the last week.

“The market is linked to hundreds of cases. We don’t know from where the virus came in the market,” said corporation commissioner G Prakash. This truck driver is said to have spread the virus to 20 other people including his 82-year-old mother, a 49-year-old wife and his co-driver’s 21-year-old son.

In Rajasthan, the Jaipur municipal corporation identified 10 fruit and vegetable vendors as superspreaders after they infected at least 150 persons in the city. Jaipur has the highest number of Covid-19 cases in the state at 378.

Nineteen superspreaders including vegetable vendors, milk vendors and grocery shop workers, became the carrier for the virus in 30 new localities in Ahmedabad, which accounts for about 70% of the total cases in Gujarat that have crossed 8,000.

In Odisha’s Bhubaneswar, a biryani delivery boy was identified as Covid positive. In Lucknow’s Qaiserbagh, eight persons were infected from a vegetable vendor.

In Haryana’s Jhajjar, which had no case till April 24, 11 vegetable sellers who visited Delhi’s Azadpur fruit and vegetable market tested positive for the virus days later. Jhajjar civil surgeon Dr Randeep Punia said they came to know these vegetable vendors only when cases started coming up from the places the sellers frequented in the town

“Identifying such persons is the biggest challenge,” said Ajitabh Sharma, principal secretary, department of energy and nodal officer for Covid-19 management in Jaipur. “They have no symptoms. And even if they mild symptoms, they tend to hide them fearing loss of work.”

These instances of some essential service providers getting infected have pushed the authorities to look at new strategies to check the spread without hampering the supply of goods to localities.

In Jaipur, Sharma said all vendors in the city are being tested and their visits have been restricted only to a few localities.

“We have colour-coded their carts depending on their municipal ward to restrict their movement. Not more than 10 vendors are being allowed in a locality,” he said.

Punia added that in Jhajjar, they have decided to test all those who come in contact with people frequently such as milk booth operators and shop owners. Giving daily health update on Aarogya Setu app has been made mandatory for them.

Dr Rajesh Malhotra, head of Covid-19 centre at All India Institute of Medical Sciences (AIIMS) Delhi, said the recent emergence of superspreaders show that travel history of a person is no more relevant as most of them don’t have any travel history.

“We need to have a strategy to identify such persons quickly and isolate them before they spread the virus to a large number of people,” he said.