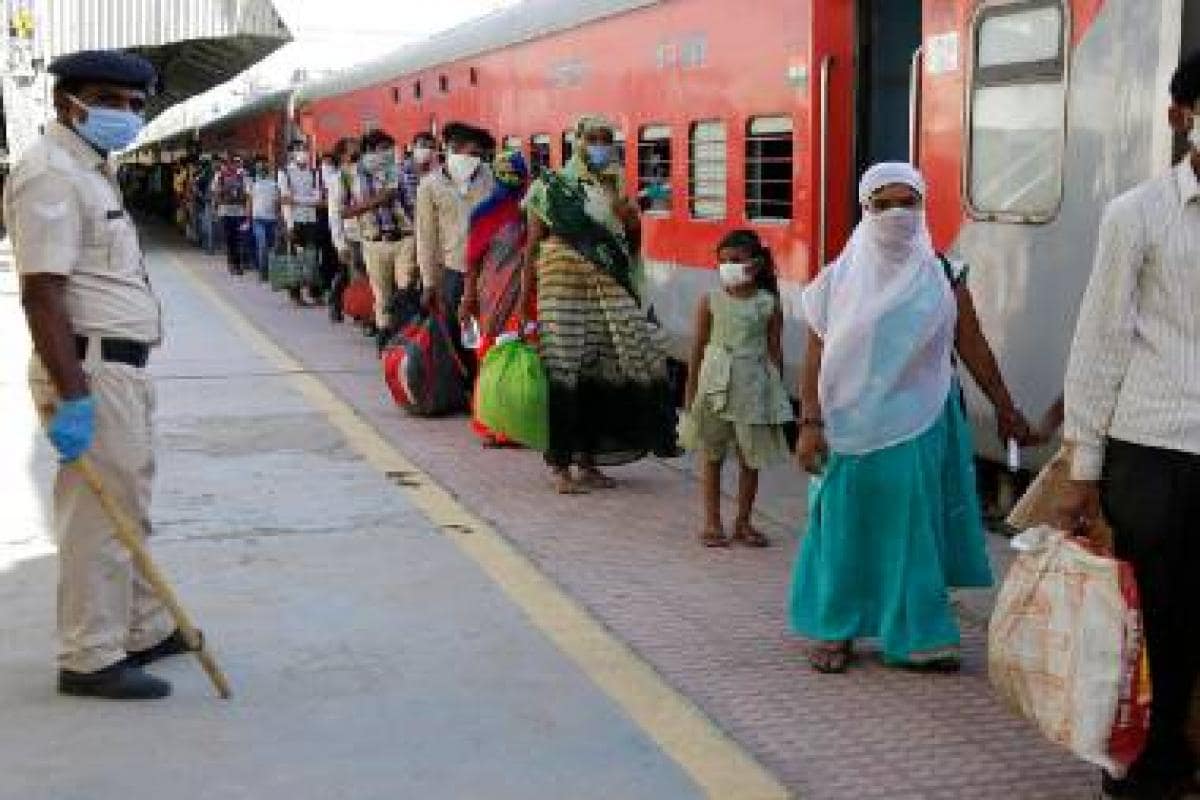 The country is set to enter the fourth phase of the lockdown due to the novel coronavirus on Monday, as the National Disaster Management Authority issued an order to continue the lockdown measures till 31 May.

Subsequently, the home ministry issued a set of guidelines for the fourth phase, in which it directed that air travel, hotels, restaurants and public gatherings will remain prohibited throughout the country.

Earlier in the day, finance minister Nirmala Sitharaman announced the fifth and final tranche of the government’s stimulus package to revive the coronavirus-hit economy. She said the stimulus package includes the Rs 8.01 lakh crore of liquidity being made available by the RBI.

The death toll due to COVID-19 rose to 2,872 and the number of total positive cases climbed to 90,927 Sunday morning, registering an increase of 120 fatalities and a record jump of 4,987 new cases in 24 hours, since 8 AM Saturday, according to the Union Health Ministry.

The number of active COVID-19 cases stands at 53,946, while 34,108 people have recovered and one patient has migrated, it said.

The Union home ministry issued guidelines listing the dos and don”ts during the lockdown 4.0 that has been clamped in the country to cut the chain of coronavirus infection.

Metro rail services, schools, colleges will remain closed till May end, the guidelines issued by the Ministry of Home Affairs (MHA) said.

Hotels, restaurants, cinema halls, malls, swimming pools, gyms will also remain shut even as all social, political, religious functions, and places of worship will be closed till May 31, it said.

The MHA said inter-state movement of passenger vehicles, buses will be allowed with mutual consent of states involved during the COVID-19 lockdown 4.0.

States and Union Territories have been given the powers for delineation of Red, Green and Orange Zones as per COVID-19 situation, the MHA said.

All shops, except those in containment zones and malls, will be allowed to open from Monday with staggered timings during lockdown 4.0, it said.

Further, state governments and Union Territories have been asked to decide on the demarcation of red, orange and green zones based on the parameters set by the Centre.

Also significantly, the new guidelines permit inter-state movement of passenger vehicles and buses with the mutual consent of the states or Union Territories.

Of the 120 new deaths reported since Saturday morning, 67 were in Maharashtra, 19 in Gujarat, nine in Uttar Pradesh, seven in West Bengal, six in Delhi, four in Madhya Pradesh, three in Tamil Nadu and two in Haryana and one each from Andhra Pradesh, Jammu and Kashmir and Rajasthan

The death toll reached 36 in Karnataka, 34 Telangana and 32 in Punjab

Haryana has reported 13 fatalities due to the disease, Jammu and Kashmir has 12 deaths while Bihar has registered seven and Kerala has reported four deaths

Meghalaya, Uttarakhand and Puducherry have reported one fatality each, according to the ministry data.

Odisha has reported 737 coronavirus infection cases so far, while Kerala has 587 cases. A total of 217 people have been infected with the virus in Jharkhand and 191 in Chandigarh

Tripura has reported 167 cases, Assam has 92 cases, Uttarakhand has 88, Himachal Pradesh has 78 cases, Chhattisgarh has 67 and Ladakh has registered 43 cases, so far

Goa have reported 17 COVID-19 cases, while Meghalaya and Puducherry have registered 13 cases each

Manipur has seven cases. Mizoram, Arunachal Pradesh and Dadar and Nagar Haveli have reported a case each till now.

The Centre has announced suspension of new bankruptcy filings on loan defaults for one year and raised the threshold for insolvency as it moved to ease COVID-19 pain for the industry.

It also announced a new policy for companies under state control saying public sector undertakings under the non-strategic sector will be privatised while those in the identified strategic sector would be capped by not more than four by merging some of them.

In the fifth and final tranche of the economic stimulus package, Finance Minister Nirmala Sitharaman raised allocation for employment guarantee scheme by Rs 40,000 crore over and above the Rs 61,000 crore budgeted earlier for MGNREGS, to provide employment to migrant workers moving back to their states.

This, she said, will help generate nearly 300 crore person-days in total.

For industries, she said the minimum threshold to initiate insolvency proceedings will be raised to Rs 1 crore from Rs 1 lakh, which largely insulates micro, small and medium enterprises (MSMEs) from bankruptcy on defaulting on loans.

Also, a special insolvency resolution framework for MSMEs under Section 240A of the Insolvency and Bankruptcy Code (IBC) will be notified soon, she said adding that fresh initiation of insolvency proceedings will be suspended up to one year depending upon the pandemic situation.

Coronavirus-related debt will be excluded from the definition of “default” under the IBC for the purpose of triggering insolvency proceedings, she said adding that the changes will be effected by promulgating an ordinance.

Additionally, minor technical and procedural defaults under the Companies Act such as shortcomings in CSR reporting, inadequacies in board report, filing defaults, and delay in holding AGM will be decriminalised.

Last week, the government pledged a Rs 20 lakh crore (nearly 10 per cent of gross domestic product) package to support the economy headed for its first full-year contraction in more than four decades.