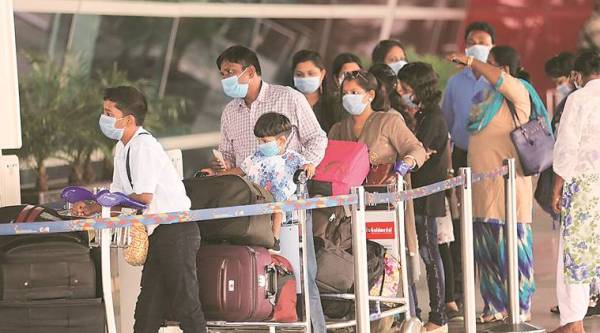 Grounded for almost two months by the Covid pandemic and the lockdown, some domestic commercial passenger flights will resume from May 25, Civil Aviation Minister Hardeep Singh Puri said Wednesday. There are indications that only a third of the flights may commence in the first phase of easing.

Late on Wednesday night, the Ministry of Home Affairs amended its guidelines on lockdown measures by deleting “domestic air travel of passengers” from the list of prohibited activities. On Sunday, framing the rules for the fourth phase of the national lockdown, it had banned domestic passenger flights until May 31.

But more spadework will be needed. For airlines to operate flights, they require support from the state government in providing complementary mobility infrastructure such as buses and taxis, to operate from the airport. Also, detailed SOPs for resumption of operations are still awaited.

“Domestic civil aviation operations will recommence in a calibrated manner from Monday 25th May 2020. All airports & air carriers are being informed to be ready for operations from 25th May. SOPs (standard operating procedures) for passenger movement are also being separately issued by Civil Aviation ministry,” Puri said.

Certain state governments have already expressed concerns over resuming flight operations given that major metro hubs like Delhi and Mumbai are in red zones. Only Tuesday, Puri had alluded to the fact that it was not up to the Centre “alone to decide on resuming domestic flights”.

“In the spirit of cooperative federalism, the government of states where these flights will take off and land should be ready to allow civil aviation operations,” he had said.

Top airline executives were scheduled to meet senior Ministry officials late Wednesday to finalise the modalities of resumption, along with SOPs for flight operations.

Speaking to The Indian Express, an airline executive said that while the government has indicated that “30-35%” of flights may be allowed to operate, they were looking at a lower number given that demand may not be high at this stage.

“Some major airports are still in red zones and state governments there have not allowed any public transport to ply. In such a case, people may not want to fly to or from those airports,” the executive said. Furthermore, airlines may also not find it viable to fly solely between green-zone airports as these may not be viable given the weak demand.

“While the SOP for resumption of operations and details of flights to be operated is still awaited, we are sure that this much-awaited move will help a large number of passengers by providing them access to the safest and quickest means of transport,” SpiceJet’s Chairman and Managing Director Ajay Singh said in a statement.

The government had already floated a set of draft SOPs with aviation stakeholders including airlines and airports to seek feedback on measures such as mandatory social distancing at airports, revisions in the way security procedures are conducted to ensure minimal contact, use of face masks and personal protective equipment by passengers and employees, among others.

A set of new health checks may also be instituted that could result in longer queues. Additionally, the Bureau of Civil Aviation Security has already put in place measures such as doing away with stamping of boarding passes at security check and an enhanced limit for passengers to carry hand sanitiser liquid on board.

On whether fares would jump given that airlines will run much below their capacity, Puri had said that a pragmatic approach will be taken. “Since only 30 out of 100 flights might be operating, we don’t want something that sells for Rs 5 to sell for Rs 50,” he had said.