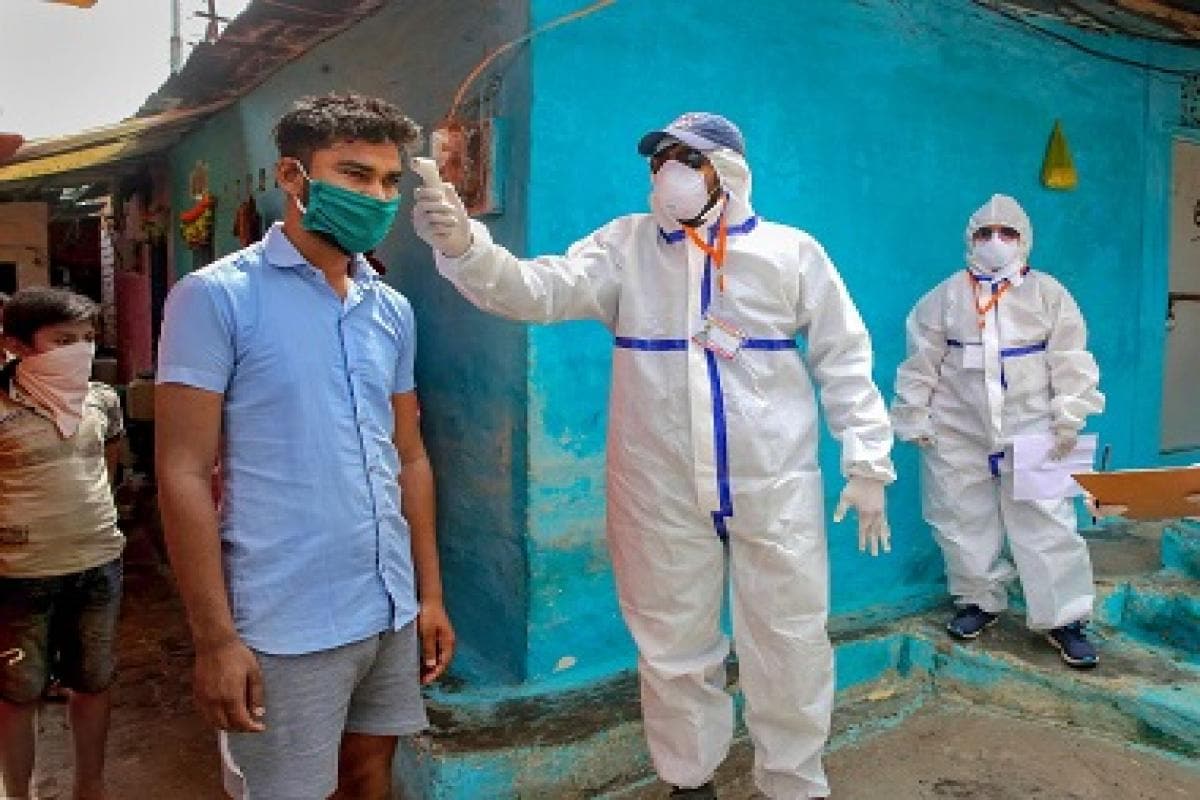 India saw a big jump in COVID-19 cases for the fourth consecutive day on Monday with 6,977 new infections and 154 deaths. With this the total number of confirmed cases in the country rose to 1,38,845, while the death toll rose to 4,021, according to the Union health ministry.

According to John Hopkins University data tracker, India has now surpassed Iran to become the tenth worst-affected country in the world. India is the tenth most-affected nation by the pandemic after US, Russia, UK, Spain, Italy, Brazil, Germany, Turkey and France, as per the JHU data.

Also on Monday, domestic flights were resumed in the country after nearly two months, with flights operating from airports in Delhi, Mumbai, Bengaluru, among others.

In its 8 am update, the health ministry said that the number of coronavirus case count in the country has reached 1,38,845, while the number of deaths due to the viral infection stands at 4, 021. India now has  77,103 active cases while 57,720 people have recovered and one patient has migrated, the ministry said.

Of the 154 deaths reported since Sunday morning, 58 were from Maharashtra, 30 from Delhi, 29 from Gujarat, nine in Madhya Pradesh, eight from Tamil Nadu, six from Uttar Pradesh, four from Telangana, three each from Rajasthan and West Bengal, two from Bihar and one each from Punjab and Uttarakhand.

According to the ministry’s website, more than 70 percent of the deaths are due to comorbidities.

However, figures released by various state governments during the day put the numbers higher. According to the Delhi government, the number of confirmed cases in the National Capital climbed to 14,053 with 635 new cases recorded on Monday while the death count reached 276.

According to a bulletin released by the Maharashtra public health department, 2,436 new patients of coronavirus were recorded in the state while 60 more people succumbed to the disease. 1,186 patients were also discharged

Tamil Nadu reported a sharp spike with 805 new cases and seven deaths, taking the total to 17,082. Kerala too recorded a rise in cases as 46 more tested positive in the state, taking the cumulative figure to 896.

The Indian skies opened up for passengers after two months, with the first flight taking off from Delhi for Pune at 4.45 am. The first flight from Mumbai was to Patna at 6.45 am.

According to Union Civil aviation minister Hardeep Singh Puri, 532 flights with 39,231 passengers were flown and the number would only increase with the resumption of flights in Andhra Pradesh and West Bengal on Tuesday and Thursday respectively.

However, according to PTI, as many as 630 flights were also cancelled on Monday, adding to the difficulties faced by air travellers. Many passengers reached the airports only to find out that their flights had been cancelled.

Only three services touched down in Goa, while ten others were cancelled, state Health Secretary Nila Mohanan said, adding that the reasons behind 10 cancellations among the 13 scheduled arrivals were not known.

Aviation industry sources told PTI that the cancellations were due to Centre’s announcement on Sunday night that there would be no flights in West Bengal and Andhra Pradesh, and limited operations at major airports such as Mumbai, Chennai and Hyderabad.

It was decided on Sunday that Kolkata and Bagdogra airports in cyclone-hit West Bengal will not operate any domestic flight between 25 and 27 May but will handle 20 flights each daily from 28 May.

Moreover, Vijayawada and Vizag airports in Andhra Pradesh will handle just 20 per cent of their pre-lockdown flights from 26 May. Mumbai airport, which is India’s second busiest airport, will handle only 50 flights daily from Monday, the Centre said, adding Chennai airport will see only 25 arrivals per day.

There were no limits set on departures from Chennai airport. Moreover, Hyderabad in Telangana will handle just 30 flights every day from Monday, the government said.