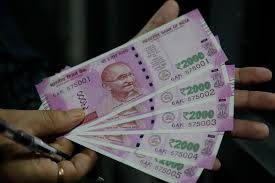 After almost five months after notifying Income Tax Return (ITR) Forms ITR-1 (Sahaj) and ITR-4 (Sugam) on January 3, 2020, ITR-1 has been uploaded on the income tax portal incometaxindiaefiling.gov.in on June 2, 2020. However, ITR-4 has not been uploaded on the portal yet.

Availability of the ITR-1 on the income tax portal has paved way for the Resident individuals, especially salaried taxpayers, to start filing their returns subject to fulfillment of certain criteria.

According to the income tax portal, ITR-1 is meant for Individuals being a Resident (other than Not Ordinarily Resident) having Total Income up to Rs 50 lakh, having Income from Salaries, One House Property, Other Sources (Interest etc.), and Agricultural Income up to Rs 5 thousand (Not for an Individual who is either Director in a company or has invested in Unlisted Equity Shares).

Filing ITR is mandatory for assessees having gross total income over Rs 2,50,000 and/or in case any tax is deducted at source (TDS) while making any payment to the assessees.

Apart from these, filing return has been made mandatory for the following individuals:

Another change that has been made in the ITR-1 Form for the Assessment Year (AY) 2020-21 is that, like donations u/s 80G, a separate schedule has been inserted in the Form for 80D, that contains expenditures made on account of health insurance premium, preventive health checkup for self and family and for parents. Medical expenditures are also allowed under this section if health insurance cover is not taken.

On account of extension given for making tax-saving investments till June 30, 2020 due to nationwide lockdown to contain the spread of COVID-19, a separate schedule has also been inserted to declare investments made in the extended period from April 1, 2020 to June 30, 2020.