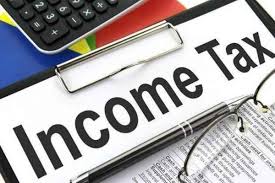 Homi Mistry Apart from tax deducted at source (TDS), the government collects taxes on a quarterly basis in the form of advance tax before the end of a financial year, ensuring constant flow of tax revenue during the year rather than at the year-end. This also reduces the burden on taxpayers as the tax liability can be discharged through quarterly payments, resulting in smaller cash outflows.

Advance Tax is required to be paid by the taxpayer in specified instalments, as per the due dates provided by the income tax laws. The first instalment of advance tax for the Financial Year 2020-21 (i.e. April 1, 2020 to March 31, 2021) is due on  June 15, 2020. In this article, we shall discuss the provisions in relation to advance tax that an individual taxpayer needs to keep in mind.

As discussed above, advance tax is payable within the same Financial Year 2020-21, if the total estimated tax liability after tax deduction or collection at source and Foreign Tax Credit exceeds Rs 10,000.

From Finance Act 2012, a resident senior citizen (age of sixty years or more at any time during the financial year) is exempted from making payment of advance tax unless such person derives income from business or profession.

For the calculation of advance tax, taxpayers are required to estimate their total taxable income and income tax (including applicable cess and surcharge) for the entire financial year. From this estimated tax liability for the year, taxes discharged by way of withholding, foreign tax credit and earlier advance tax instalments paid if any, need to be deducted. Specified percentage of this remaining tax is payable on or before the specified due dates.

It is worthwhile to note that the estimated tax liability should be revisited at regular intervals to ensure that correct taxes are deposited by way of advance tax to avoid penal interest.

The due dates for payment of advance tax by individuals for FY 2020-21 and the amount payable (plus applicable surcharge and cess) are:

The amount paid after March 15 but on or before  March 31 is also treated as advance tax paid. Thus, if the estimated income is likely to exceed the amount estimated on or before March 15, then additional advance tax can be paid and penal interest can be reduced.

However, it is pertinent to note that interest is not payable if the advance tax paid

-On or before September 15 is 36 per cent or more of the tax due for the year.

If the total amount of advance tax paid amounts to less than 90 per cent of the taxpayer’s advance tax liability, interest is payable at the rate of 1 per cent per month from April 1, following the year in which the tax is due, until balance payment of the tax.

The economy is facing an unprecedented disruption and uncertainty due to the COVID-19 pandemic. The government has announced some relief in response to the same. One such relief is reducing the interest liability on tax payments falling due between March 20 and June 29, but paid by June 30, 2020.

To summarise, if the first instalment of appropriate advance tax is paid by