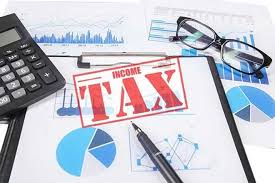 The Central Board of Direct Taxes (CBDT) had notified on May 29, 2020 all the seven Income Tax Return (ITR) Forms for the Assessment Year (AY) 2020-21 and has also issued the ITR Forms to allow the assessees to file their return on the basis of income earned in the Financial Year (FY) 2019-20.

The seven ITR Forms notified by the CBDT are –

ITR-1 (Sahaj): To be used by individuals having income from salaries, one house property, other sources (interest etc.) and having total income up to Rs 50 lakh.

ITR-2: To be used by individuals and Hindu Undivided Families (HUFs) not carrying out business or profession under any proprietorship.

ITR-3: To be used by individuals and HUFs having income from a proprietary business or profession.

ITR-4 (Sugam): To be used by presumptive income from business and profession.

ITR-6: To be used by companies other than companies claiming exemption under section 11.

However, out of the seven ITR Forms, only three Forms – ITR-1, ITR-2 and ITR-4 – have been uploaded for filing the return of income for the AY 2020-21 online, while other Forms are available offline only.

While the assessees, whose accounts are not required to be audited, need to file their return of income on or before the due date of July 31 every Assessment Year, this year filings have been delayed due to the COVID-19 lockdown.

As a result, only three ITR Forms are now available for online filing of return of income and other forms may only be filed offline.

So, in case you fulfill the above conditions, you may file your return of income either online or offline.

However, unavailability of Form 16, and Form 16A, due to extension in deadline, makes it difficult for assessees to file their return of income even online as updated Form 26AS is also not available due to lack of inputs regarding income from salary and other sources and tax deducted at source from those incomes.