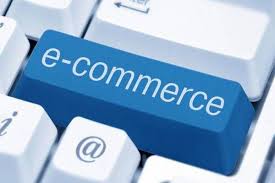 Online retailers have sought a three-four month time period from DPIIT to update country of origin details for every product listed online. They had agreed to display the same during their first meeting related to this issue with the DPIIT last month.

Nearly two weeks after online retail marketplaces such as Amazon, Flipkart, Snapdeal etc. in a meeting with the Department for Promotion of Industry & Internal Trade (DPIIT) agreed to display country of origin for products sold online, the latter on Wednesday sought August 1 as the deadline to update the same for new product listings. On the other hand, for existing listings, DPIIT has suggested marketplaces to enable country of origin details by September, according to Ravinder, Joint Secretary, DPIIT. However the timelines are not fixed yet and “these deadlines may change either side,” Ravinder told Financial Express Online.

However, online retailers, on their part, have sought a three-four month time period from DPIIT to complete the entire process as “asking lakhs of sellers on each of these portals to update information for millions of products listed won’t happen in just a few weeks. It is a very manual work for them to do. After all, it will be sellers’ compliance to do this,” a source aware of the development told Financial Express Online.

This was the second meeting held between DPIIT and online retailers after the first meeting held late last month. Financial Express Online had reported that the companies had agreed to display the information about where the product has been manufactured. The marketplaces had told DPIIT of discussing the change required with their respective technology teams and time required to implement the necessary update.

Last month, the government had also directed sellers on its public procurement portal Government e-Marketplace (GeM) to mention the country of origin details for products listed. Focus on providing consumers with the details of the manufacturing country echoed PM Modi’s call for ‘Vocal for Local’ and Make in India goods. This also came amid growing chorus to boycott import and use of Chinese goods following the recent border clash between the armed forces of India and China.

The government had also recently banned 59 Chinese apps such as TikTok, Helo, WeChat, Club Factory, Shareit, UC Browser, Cam Scanner and more “in view of the information available they are engaged in activities which is prejudicial to sovereignty and integrity of India, defence of India, the security of the state and public order,” it had said in a statement. Moreover, in April, the FDI policy was tweaked to scan every Chinese investment coming into India to ensure there are no opportunistic takeovers of Indian companies amid Covid crisis. The move followed China’s central bank — People’s Bank of China raising equity stake in HDFC above 1 per cent.