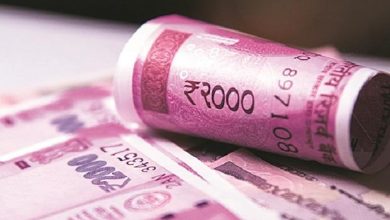 In case of returns which were uploaded electronically by the taxpayer within the time allowed under section 139 of the Act and which have remained incomplete due to non-submission of ITR-V Form for verification, the income tax department now permits verification of such returns either by sending a duly signed physical copy of ITR-V to CPC, Bengaluru through speed post or through EVC/OTP modes. Such verification process must be completed by 30.09.2020.

In respect of an Income-tax Return (ITR) which is filed electronically without a digital signature, the taxpayer is required to verify it using any one of the following modes within the time limit of 120 days from date of uploading the ITR : –

i. Through Aadhaar OTP

ii. By logging into e-filing account through net banking

vi. By sending a duly signed physical copy of ITR-V through post to the CPC, Bengaluru

In this regard, it has been brought to the notice of Central Board of Direct Taxes (‘CBDT’) that a large number of electronically filed ITRs still remain pending with the Income tax Department for want of receipt of a valid ITR-V Form at CPC, Bengaluru from the taxpayers concerned.

In law, consequences of non-filing the ITR-V within the time allowed is significant as such a return is/can be declared Non-est in law, thereafter, all the consequences for non-filing a tax return, as specified in the Income-tax Act,1961 (Act) follow.

As a one-time measure for resolving the grievances of the taxpayers associated with non-filing of ITR-V for earlier Assessment Years and to regularize such returns which have either become Non-est or have remained pending due to non-filing/non-receipt of respective ITR-V Form, the CBDT has given this relaxation.

In case of returns for Assessment Years 2015-16, 2016-17, 2017-18, 2018-19 and 2019-20 which were uploaded electronically by the taxpayer within the time allowed under section 139 of the Act and which have remained incomplete due to non-submission of ITR-V Form for verification, CBDT now permits verification of such returns either by sending a duly signed physical copy of ITR-V to CPC, Bengaluru through speed post or through EVC/OTP modes.

However, this relaxation will not apply in those cases, where during the intervening period, Income-tax Department has already taken recourse to any other measure as specified in the Act for ensuring filing of a tax return by the taxpayer concerned after declaring the return as Non-est.

Further, CBDT, also relaxes the time-frame for issuing the intimation as provided in second proviso to sub-section (1) of Section 143 of the Act and directs that such returns shall be processed by 31.12.2020 and intimation of processing of such returns shall be sent to the taxpayer concerned as per the laid down procedure. In refund cases, while determining the interest, provision of section 244A (2) of the Act would apply.

“In many cases, ITRs filed by individuals became invalid due to non completion of verification process. Consequently tax refunds, if any claimed in those ITRs also got stuck. By this order, the Government not only relaxes the timeline allowing taxpayers to verify their past years’ invalid ITRs by 30th September but also allows processing of such past ITRs by 31 December 2020,” says Shailesh Kumar, Partner, Nangia & Co LLP

“This order can benefit a large number of taxpayers, mostly being individual taxpayers, who could not verify their past ITRs inadvertently due to lack of knowledge of prescribed procedure or otherwise. This order provides a good opportunity to them for regularising their past ITRs and not only solve the issue of past non-compliance but also receive past pending refunds stuck due to this procedural lapse,” adds Kumar.

In case the taxpayer concerned does not get his return regularized by furnishing a valid verification (either ITR-V or EVC/OTP) by 30.09.2020, necessary consequences as provided in law for non-filing the return may follow.