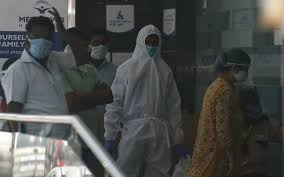 The conflicting objectives of stemming a surge in coronavirus cases and the urgency to reopen a crippled economy are posing a major policy challenge to the Narendra Modi government, which is preparing to lift the remaining curbs on economic activities from 1 August.

While the Centre has lifted most restrictions outside containment zones, administrative units such as districts and municipal corporations in several states are imposing new restrictions on movements, complicating the revival of business activities. This, along with the surge in infections and doubts about a rebound in demand, are holding back many businesses from deploying capital in operations and making it tougher for the government to restore livelihoods. India has reported over 1.4 million infections so far.

Besides schools and colleges, services such as metro rail, movie halls, gyms and bars and social and political gatherings are not allowed as per the home ministry order last month. Various industry groups have asked the government to ease restrictions further, subject to safeguards.

Government economists and officials have, however, expressed confidence that a V-shaped economic recovery will take hold in the coming quarters after a deep contraction in the June quarter. The Centre is now gradually reopening international air travel through bilateral deals after opening domestic air travel at one-third capacity.

Cinemas, which have been shut since mid-March, are likely to be one of the services to be reopened in the next phase, with the information and broadcasting ministry suggesting to the home ministry to consider the same, said a person familiar with the development. Bollywood has ended its worst first six months of the year with losses of over ₹1,000 crore as theatres remain shut for more than four months now. Theatre chains have already invested in contactless transactions and sensors have replaced physical body checks. “We’re extremely hopeful of getting permissions starting August and hope to resume across all states by the end of September,” Gautam Dutta, chief executive, PVR Cinemas, said in an interview last week.

As lockdown orders continue to be enforced in many parts of the country, businesses and livelihoods are under tremendous pressure due to a collapse in demand, layoffs and wage reductions, industry chamber Federation of Indian Chambers of Commerce and Industry (Ficci) said in a statement on Monday. The industry body urged policymakers to reopen cinemas, multiplexes, schools and colleges as well as to lift the restrictions on aviation and tourism, with safeguards.

“The more we pursue lockdowns, the more the economic losses. Livelihood losses can create greater damages to the economy,” said Arup Mitra, health economist and professor of economics at Delhi University.

The latest Google mobility report based on anonymized data showed that the movement of people has not recovered from the lockdown shock.

As of 21 July, travel to and time spent at home is the only class of mobility in India that showed an improvement when compared with a five-week baseline starting 3 January. Mobility trends for places such as restaurants, cafés and shopping centres showed a 59% fall from the baseline.

States have been adopting their unlock strategies based on the local situation of the pandemic. The sharp decline in infections in Delhi has encouraged chief minister Arvind Kejriwal to focus on the economy. “We need to ensure that the economy, which suffered due to the lockdown, is revived,” Kejriwal said.

Neighbouring Haryana has no plans to impose any more lockdowns in the state, chief minister Manohar Lal Khattar told The Indian Express in an interview published on Monday.

Maharashtra, which has been easing movement curbs, plans to give more relaxations from August, although a complete lifting of curbs to save the economy is not on the cards. “We have received many requests for reopening gyms, restaurants, malls and allowing buses in urban and rural areas. But saving people’s lives is also a priority,” said an official from Brihanmumbai Municipal Corporation. “About 5 million jobs are at stake if malls are not opened at the earliest,” said Amitabh Taneja, chairman of Shopping Centres Association of India.