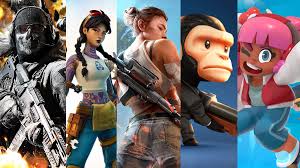 PUBG Mobile is one of the most popular games in India. Recent reports however, hint that the game might be under the scanner from the government, and could potentially be banned in India. If you’re a PUBG Mobile fan who is worried by this, you’re not alone, but the good news is that there are plenty of popular alternatives that you can try out as well.

Call of Duty: Mobile was launched last year in October, and since then the game has grown rapidly to match the popularity of PUBG. While it is a first person shooter first, it has a Battle Royale mode with a sprawling map that even includes zombies. It doesn’t have the variety of maps that PUBG offers, but you can choose a class for yourself. The game also gets updated every month and new game modes and weapons are constantly added. It is available for free on Android and iOS.

Fortnite is probably the name that comes to your mind after PUBG when listing battle royales. The cool thing about this game is that unlike PUBG Mobile, Fortnite on your smartphone supports cross platform functionality, so you can go up against PC and console players. While the aesthetics of the game distinguish it from PUBG, you also have build mechanics, where you’re supposed to build walls, ramps, ceilings, roofs and floors to build fortifications around you. This helps you take strategic cover when engaged in combat or even while using a med box. The game is available on Android and iOS.

This is definitely one of the underdogs of the smartphone battle royales. Despite as many as 100 million downloads, this game hasn’t become a household name, but we couldn’t really find anything wrong with it. You’ll feel very much at home if you’re coming from PUBG to this, except that the duration for a single battle royale is 10 minutes and 50 people can participate. You can play this game for free on iOS and Android.

One thing comes to our mind when we play Battlelands Royale — “omg so cute”. It builds on the same formula as other battle royales, but with its own twist. This game offers a top-down perspective and simplifies a lot of things. For instance, only 32 players play in one match, dropping down on the map takes only a matter of seconds instead of taking forever with a parachute and because of all these simplifications you get non-stop, no-frills action. This game can be played on iOS and Android.