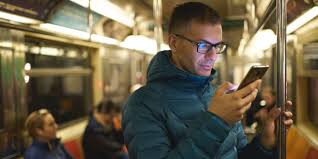 If you are routinely frustrated by texts from the same recipient you don’t want, you can block messages from that number.

Check out the products mentioned in this article:

How to block text messages on Android

The location of the block messages command varies depending on which Android phone you have and which version of the operating system is installed.

Most apps work like the Google Messages app, which is the stock Google app on certain phones (such as Google Pixel phones). You can follow these steps to find the option in your own app, or you can install Google Messages from the Google Play store and set it as your default messaging app when you want to block texts, then switch back to your preferred texting app when you’re done.

You can switch back and forth quickly between Google Messages and your preferred messaging app quickly and as often as you like.

1. Start the Messages app and tap a message that you want to block.

2. Tap the three-dot menu at the top right of the screen.

5. On the pop-up, choose whether you want to report the text messages as spam. If you do, check the box for “Report spam.” That’s optional, though – you can clear the checkbox if you don’t want to report the messages. Tap “OK” to block all future messages from this sender.

How to unblock text messages on Android

If you’ve blocked text messages and later decide you want to start receiving messages from this sender again, you can unblock with just a few taps.

1. In the Messages app on your Android, tap the three-dot menu at the top right of the screen.

3. Tap the message you want to unblock and then tap “Unblock.”