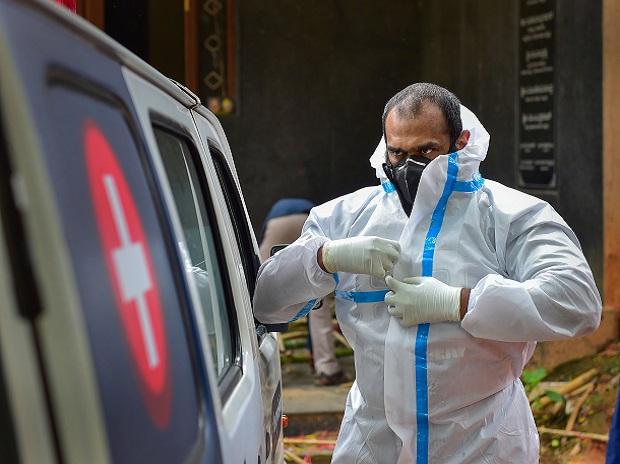 The assumption that everybody is susceptible to coronavirus may not be true as 80 to 90 per cent people living in the same household where a member is diagnosed with COVID-19 do not get the disease, as per a study by the Indian Institute of Public Health Gandhinagar.

This indicates the other family members may have developed some form of resistance or immunity to the disease, the institute’s director Dileep Mavalankar told PTI on Sunday.

“The assumption that everybody is susceptible to coronavirus may not be true. It is said that a few minutes of exposure to the coronavirus outside will get us infected. If that is the case, then why not everybody in the same household is getting COVID-19 (after one member gets infected)?” Mavalankar asked.

“There are some families where all the members are infected, but they are not in majority. There are even homes where one person has died of COVID-19, but no other member is infected,” he pointed out.

He said the study is based on a review of 13 papers published globally on the topic of household family transmission of COVID-19, “which shows nearly 80 to 90 per cent members of a family do not get infected even when one member is infected, indicating they may have developed some form of resistance or immunity and are not susceptible to the disease”.

Out of the 13 papers reviewed in the study, titled ‘Secondary Attack Rate of COVID-19 in Household Contacts: Systematic Review’, most show the household Secondary Attack Rate (SAR), or the rate of transmission of the virus from one member of the family to the other, is 10 to 15 per cent.

Only three papers showed SAR of 30 per cent or more (30, 35 and 50 per cent), said Mavalankar, who has co-authored the study along with faculty members Komal Shah and Deepak Saxena.

The study was recently published in the Quarterly Journal of Medicine, Oxford, UK.

Mavalankar said studies of the 13 papers show the transmission to be generally between 10 to 15 per cent, with some showing it to be in the range of five to 10 per cent as well, he said.

One of these papers by the Indian Council of Medical Research (ICMR) shows about eight per cent of family members of a COVID-19 infected person contract the virus, he said.

“Some studies have gone into the details of transmission between husband and wife or vice versa, which is shown in the range of 45 to 65 per cent. Even in cases where people share beds, transmission is not 100 per cent,” he said.

Transmission from an adult member of the family to the child is lower, but from the adult to an elderly person in the family is higher. But even this is between 15 and 20 per cent, Mavalankar said, sharing the findings of his report.

“Different people have different immunity to the virus. Within a household, we do not follow social distancing rules or use masks. Between the appearance of the symptom and diagnosis, there is a gap of three to five days, which means all the family members are exposed to the virus. But still, not all get it,” he said.

Mavalankar suggested that a “large percentage of population may not be susceptible to the virus,” and said the sero-surveillance study to measure antibodies against COVID-19 in the population would be helpful to find out exactly how many persons have already been infected.

In central Ahmedabad, for example, the number of COVID-19 cases has seen a decline after a surge, with the most likely reason being that herd immunity is building up among the population, he claimed.

He said half of the population is not susceptible to the virus, as per a theory of “immunological black hole” propounded by Karl Friston, a neuro-scientist at the University College of London.

Based on European data, Friston has modelled his theory which shows 50 per cent of the people in Europe do not seem to be susceptible to the virus, he said.

“One of the first reasons for this is many people are limited to their homes and are not going out much, while some people already have some immunity due to some other infection or cross immunity or innate immunity, and some are susceptible but develop mild infection that cannot be transmitted to others,” Mavalankar said.

In central parts of Ahmedabad, which were worst affected by COVID-19, where sero-prevalence or the infection rate reached 28 per cent, only 12 to 15 per cent people are susceptible, as according to Friston’s theory half of the population is not being susceptible, Mavalankar said.

“We can say this as cases arenot emerging in large numbers from that area, we can say herd immunity might have developed,” he said.

The same thing has been witnessed in Delhi where sero prevalence reached 23 per cent in July. In (Mumbai’s slum area) Dharavi also, with 50 per cent sero-prevalence, not all its residents are infected, he noted.

“So, the infection must be so mild that they could not pass it to others despite being infected. Then there is a small percentage which can get infected and can also develop immunity,” he said.

Mavalankar further said the study is based on secondary published literature, and the team at the Indian Institute of Public Health Gandhinagar (IIPHG) is also trying to get primary data for a study to validate if the same is being seen in Gujarat.

“We need more research on why people are not getting infected. In April, they were testing all household contacts of a positive case, which was (later) stopped. We would have known exactly who all are infected,” he said.

“Now, only family members who have developed symptoms for COVID-19 are getting tested. Asymptomatic persons are not getting tested because the ICMR has changed the policy,” he added.

IIPHG was established after the Gujarat government and the Public Health Foundation of India (PHFI) entered into an MoU in 2007 for setting up the institute.