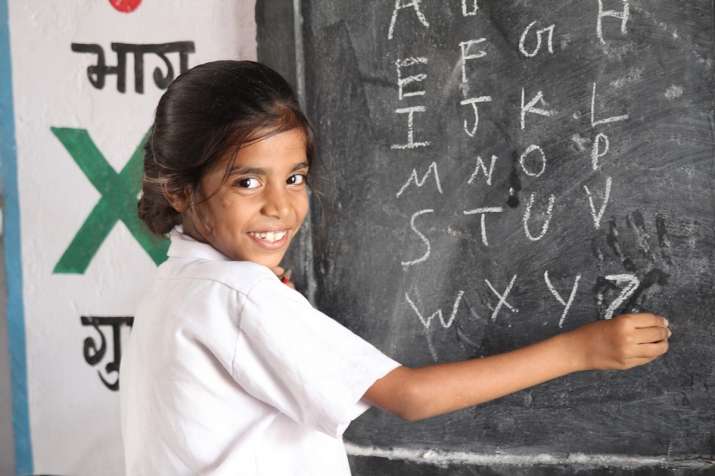 NEP 2020 tries to restore the lost glory and make India a powerhouse of knowledge and excellence once again. Built on the foundational pillars of Access, Equity, Quality, Affordability and Accountability, it is aligned to the UN’s 2030 Agenda for Sustainable Development and also aims to transform India into a vibrant knowledge society and global knowledge superpower by making both school and college education more holistic, flexible, multidisciplinary, suited to twenty-first century needs and aimed at bringing out the unique capabilities of each student.

The power of education needs no elaboration as it is self-explanatory. It can construct or destroy an entire generation, thereby an entire country. Therefore, it is imperative that right programs and policies on education are prepared and implemented by the government. It is also required that these policies get updated from time to time so that new developments in society and technology do not make the education system out of sync. Education itself is such a huge sector that ‘one size fits for all’ does not suits it and there are several dimensions to it. It is in this context that New Education Policy, 2020 has been brough by the Modi Government. Since the NEP had come out after a period 34 years, there were lots of expectation from it. The two earlier education policies were brought in 1968 and 1986, which was updated in 1992. Fortunately, the NEP 2020 has not much to disappoint and in fact has a lot to cheer about. It is the outcome of long deliberation, discussion and debates. Village education committees across 2.5 lakh gram panchayats took part in the deliberations, along with parents, students, teachers, elected officials, administrators, members of civil society and citizens. Therefore, it took almost six years to get accomplished, the outcome being totally worth for the time taken for its drafting. The NEP completely fits into the vision of Modi government and reflects its ideological position too. For a very long time the education sector had been held hostage by the communists which made the entire system very much ‘un-Indian’ and ‘unfit’ into the socio-economic realities of the country that holds pride in its history for being the “Visha-Guru”. As the NEP takes inspiration from glorious historical past, no wonder it has come under massive criticism from the communists who have a problem with anything related to the ancient Indian civilization. Since there is so much in the policy to discuss about, not everything can be covered in one single article.

NEP 2020 tries to restore the lost glory and make India a powerhouse of knowledge and excellence once again. Built on the foundational pillars of Access, Equity, Quality, Affordability and Accountability, it is aligned to the UN’s 2030 Agenda for Sustainable Development and also aims to transform India into a vibrant knowledge society and global knowledge superpower by making both school and college education more holistic, flexible, multidisciplinary, suited to twenty-first century needs and aimed at bringing out the unique capabilities of each student. It wants the youth to become job givers and not job seekers. Vocational Education from Class 6 with internships and assessment reforms with 360 degree Holistic Progress Card for tracking student’s progress for achieving learning outcomes is a measure in this direction. Its ambitious targets also include universalization of education from preschool to secondary level with 100% Gross Enrolment Ratio (GER) in school education by 2030 and bringing two crore out of school children back into the mainstream through an open schooling system. Therefore, the focus has been on skill development from an early age.

Flexibility has been another important feature of the NEP as the distinction of disciplines of sciences and humanities have diluted and blurred. Therefore, an autonomous body, the National Educational Technology Forum (NETF) has been proposed to provide a platform for the free exchange of ideas on the use of technology to enhance learning, assessment, planning, administration.

Be it primary education, higher education, teachers training, research and innovation, NEP has covered all and has come out with proposals that are both practical as well as forward looking. Out of all, its proposal for spending 6 % of GDP on education is most welcoming as it would finally provide the sector with enough funds that would ultimately change the face of education in India. Interestingly, the ABVP, the students wing of the RSS had been demanding a surge in the government expenditure on education for a very long time. It is an open secret that a very huge chunk from the budget on education goes for paying the salaries and pensions of teachers and other employees and therefore very little is left for the development of infrastructure, labs, incubation centres etc. With more funds available, educational institutions can have better faciilites and can also provide scholarships to needy and meritorious students.

Education in the mother tongue has been a demand of the RSS which also gets support from leading educationists, scientists and child psychologists. It not only helps in the learning and retention power of the students, but also helps in the development of a positive attitude in him towards his mother-tongue. The NEP has fulfilled this demand by allowing education of a child in its mother tongue till class 5th. To promote Indian culture through ancient Indian languages, National Institute for Pali, Persian and Prakrit, Indian Institute of Translation and Interpretation  would be set up. NEP fosters the growth of research and innovation in the country. It has proposed the creation of National Research Foundation as an apex body for fostering a strong research culture and building research capacity across higher education. It emphasizes setting up of Gender Inclusion Fund, Special Education Zones for disadvantaged regions and groups.

In any case, BJP governments have been known for improving the education system whenever they get the opportunity. One is reminded of the revolutionary step taken by Rajnath Singhji when he was the Education Minister of Uttar Pradesh in the Government of Kalyan Singh. The state was notorious for its ‘cheating-industry’ then that helped in students passing their boards exam by using all foul means. This ecosystem got its support from the top echelons of power in Lucknow. As an education minister, Singh put an end to it. Despite being a politically detrimental decision, Singh did not relent and went ahead with it. The results in the state went down, as was expected, yet the fairness and the respect for merit that this decision ushered changed the face of education system in the state and Singh is still remembered for this bold yet politically incorrect step. This decision also put a moral pressure on others states as they too were forced to change their education model that was plagued by similar problem.Being a former Professor, he had maintained that he did not relent despite immense pressure because it was a matter of principles for him. Singh had mentioned in one of his interviews that as a child he had heard of his relative who passed the exam through cheating. Since then he decided that whenever he would get a chance to make a policy, he would make a policy that would prevent such things to happen in the future!
Conclusion

However, this doesn’t mean that policy falls short on nothing. Although much focus has been given on teachers training, however, the funding for it has not been delved enough. We need to develop a culture in the country where teaching becomes a profession for the skilled and talented people and not of those who seek it as their last option. I had the opportunity to teach some students when I was in class 10th and therefore I know the joy of teaching. It not gives money but a sense of self-satisfaction and also enhances one’s knowledge. Therefore, the government must build more teachers training institutes and provide them with liberal funding and good infrastructure. The NEP has the potential to change the country forever. However, it will be the implementation that would tell us its real outcomes. Also, the states need to come out with their own policies in compliance with NEP 2020 as education falls under concurrent list. Only a collaboration of centre and states can make NEP 2020’s vision into reality.