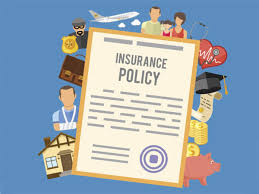 The Life Insurance Corp. of India (LIC) on Monday rolled out a campaign to encourage policyholders to revive their lapsed policies. In a press release, LIC said it’s encouraging the continuation of risk covers given the current high-risk circumstances.

The revival campaign for LIC customers will continue till 9 October 2020.

Policies of eligible products can be revived within five years from the date of the first unpaid premium. The insurer is also offering a concession in the late fee for a few policies, except term assurance, health insurance, multiple risk policies and those that are high-risk in nature.

How to revive lapsed policies

An insurance policy lapses when you stop paying the premiums on the due date and during the 30 days of grace period. Depending on the nature of the policy, it could either lapse automatically or allow a window for revival. Typically, insurers are required to offer a revival period of two years for policyholders to reinstate their policies.

“Almost all life insurance companies allow the revival of lapsed policies within two years from the date of the lapse. For the same, policyholders have to pay the due amount with interest or penalty,” said Naval Goel, founder and CEO, PolicyX, an online insurance aggregator.

Pure risk covers: In case of pure risk covers like term plans, the policy lapses if you don’t pay the premium even during the grace period. You may have to let go of the premiums as well as the assured benefit.

“For term plans, revival means that within three months the policy is reinstated with a health declaration form but beyond six months, the proposer will be asked to take the medical tests all over again. The need for medical tests may also change based on underwriting rules for specific products,” said Manu Lavanya, director and chief operations officer, Max Life Insurance Co. Ltd.

Unit-linked insurance plans (Ulips): In the case of Ulips, you can revive the policy up to two years from the date you first missed paying the premium, said Lavanya.

If you skip paying the premium in the first five years or during the lock-in period, the policy is considered lapsed after a 90-day period and the insurer moves the fund value to the discontinuance fund and levies a discontinuance charge (a maximum of ₹6,000 if discontinued in the first year).

If you skip paying the premiums after the lock-in period, the insurer will give you an option to revive the policy.

If it’s been more than two to three years since your policy lapsed, the only time you can revive it is if your insurance company comes up with special campaigns like the one LIC has launched currently.

“Insurance companies do launch revival campaigns that allow the customer to revive their policies even after two years with some conditions that vary from insurer to insurer and plan to plan,” said Goel.

So, don’t let that policy lapse if you really need it in your insurance bouquet.