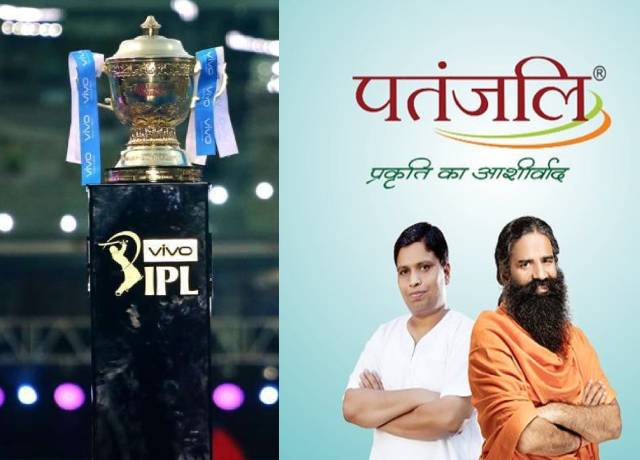 Yoga guru Baba Ramdev’s Patanjali is considering to put in a bid for the title sponsorship of the IPL 2020, according to a report in Economic Times. The BCCI and Vivo, the previous partners, had abruptly ended the contract due to the backlash the board faced with the Chinese brand onboard.

“We are considering the IPL title sponsorship for this year, since we want to give the Patanjali brand a global marketing platform,” Patanjali spokesperson SK Tijarawala confirmed to ET, adding Patanjali is considering making a proposal to the Board of Control for Cricket in India (BCCI).

Market experts believe that the brand lacks the star power of a multinational company. “Patanjali as a title sponsor for IPL will do more for Patanjali than for IPL. While the caste hierarchy among brands could play out, Patanjali owning the title sponsorship would be contextual from a nationalist perspective, since there is an enormous anti-China sentiment prevailing in the country,” said brand strategist Harish Bijoor.

Ever since Vivo left, many companies like Jio, Amazon, Tata group, Dream11 and Byju’s have entered the fray.

The BCCI, last week, had decided to officially announce the suspension of the partnership with title sponsors Vivo.

“I wouldn’t call it as a financial crisis,” Ganguly said while speaking during a webinar organised by Learnflix, as per ESPNCricinfo. “It’s just a little bit of a blip. And the only way you can do it is by being professionally strong over a period of time.A

“You keep your other options open. It is like Plan A and Plan B. Sensible people do it. Sensible brands do it. Sensible corporates do it. BCCI, it’s a very a strong foundation – the game, the players, the administrators in the past have made this game so strong that BCCI is able to handle all these blips,” he added.