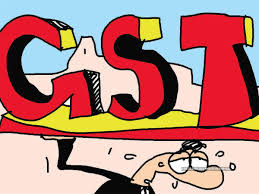 In major development with respect to delayed GST payment, the government has said that interest on delayed payment of goods and services tax (GST) will be charged on net tax liability with effect from September 1. The industry had earlier this year raised concern over the directive on recovery of about Rs 46,000 crore of unpaid interest on delayed GST payment. The interest was charged on gross tax liability.

The GST Council, comprising Centre and state finance ministers, in its 39th meeting in March had decided that interest for delay in payment of GST to be charged on net tax liability with effect from July 1, 2017, and law would be amended retrospectively. However, the Central Board of Indirect Taxes and Customs (CBIC) on August 25, notified September 1, 2020, as the date from which interest would be charged on net tax liability.
The CBIC had earlier said that GST law permits interest calculation on delayed GST payment on the basis of gross tax liability. This position has been upheld in the Telangana High Court’s decision dated April 18, 2019.

Businesses, other than those under the composition scheme and quarterly return filers, registered under goods and services tax (GST) have to file returns (GSTR-1) showing tax liability by 11th of following month and pay taxes by filing GSTR-3B between 20th-24th (due date varies according to the state in which businesses are registered).