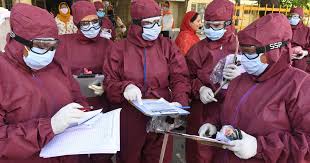 Delhi’s second sero survey (blood test for Covid-19 antibodies) has shown that 29.1% of the roughly 15,000 people surveyed across the Capital’s 11 districts have been exposed to the Sars-CoV-2 virus that causes the coronavirus disease – and are, therefore, immune. That’s a 6.2 percentage point jump from the last survey (which was conducted in late June and early July; this one was conducted in early August). In a sign of how our understanding of Covid-19 is increasing by the day, at the time when the first results were declared, it wasn’t clear what kind of immunity these antibodies would provide against the disease.

At least four studies since then have added to our knowledge on immunity. As HT’s Binayak Dasgupta put it in an article summarising the key findings of several immunity-related studies, and their importance: “…a person once infected may be immune to reinfection; this protection may last for at least 3-6 months; the immune system is likely to remember the virus to offer protection in a highly infectious situation; and the level of protection may be strong even if the infection was mild”.

The 29.1% number should be cause for some cautious celebration – just as Mumbai’s 57% (in slums), and Pune’s 36%-65%, both the results of similar surveys, albeit with smaller samples should be. For it means almost a third of the Capital’s population has immunity against the infection, and will likely be protected when the second wave of infections emerges (that one will, is a given).

Delhi has decided to conduct a sero survey every month (in the first week). It should also consider expanding the sample. Earlier this week, New York City published the results of 1.46 million antibody tests (yes, 1.46 million of a population of roughly 8.4 million, around 17.5%) that showed that while a disproportionate number of people in low-income neighbourhoods were exposed to the virus, far fewer people in the richer ones were. Overall, 27% of those tested were exposed to the virus – based on the presence of antibodies. That qualifier is important. This column has referred to a study from the Karolinska Institute in Sweden that showed that some people exposed to the virus develop T-cell based immunity, but do not test positive in antibody tests.

According to the study (published in Cell), the number of people with such immunity is around double those who show antibodies. To be sure, the sample of the study was small (only 200), but this is a finding of phenomenal significance. And it could explain why Covid-19 infections appear to taper off when the proportion of those exposed to the virus reaches roughly 25% (again, this writer has put forth this hypothesis before, with a caveat that still holds – it needs to be studied). Interestingly, a mathematical model developed by researchers at the University of Nottingham and Stockholm University (it has been referred to in this column before, as have most things to do with Covid-19; this is, after all, instalment 137) argues that the herd immunity level for Covid-19 could be around 40%.

How reliable are antibody tests? From the perspective of assessing the prevalence of disease in a population, they are very reliable. Sure, they may not pick antibodies (which show up a few days into the infection) in some cases, but this only means a high false negative rate of 20-30%. A false negative means the test identifies someone who has been infected as uninfected. This means that such tests typically understate exposure (and therefore immunity) – which is always better than overstating it.

Last word: While Delhi’s sero survey results are good news, it is important that the state government and people guard against complacency. The latter would do well to maintain mask discipline and practise social distancing. And the former would do well to continue to test aggressively – using molecular tests such as the RT-PCR ones.