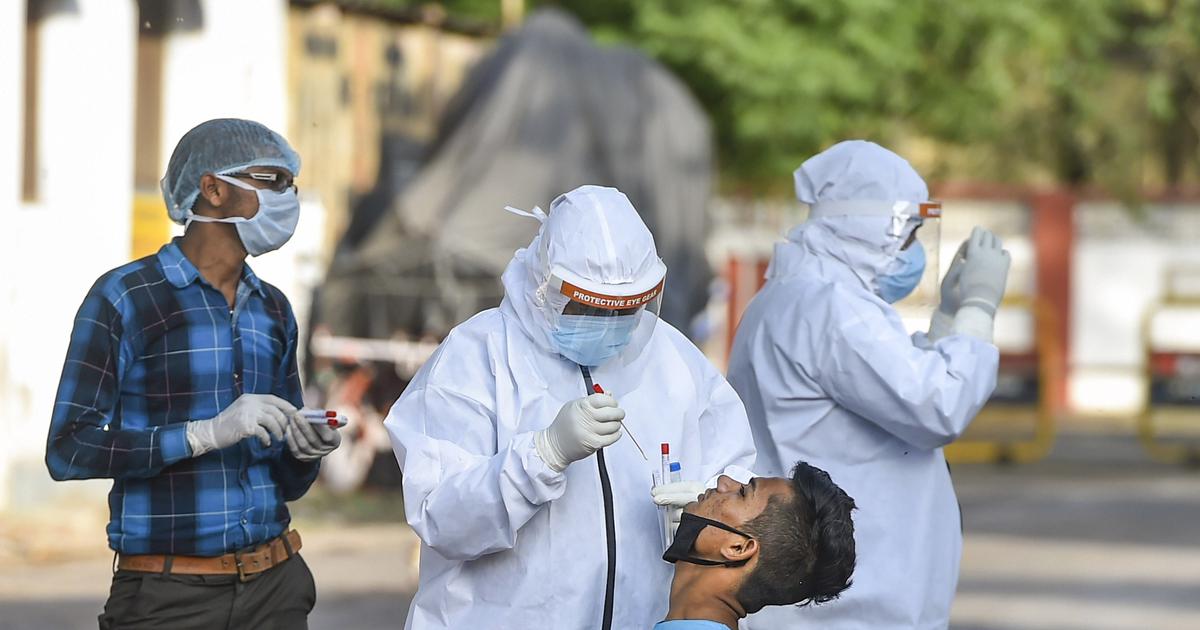 On Friday, as reported by Hindustan Times the same day, India crossed the peak seven-day average of the US in terms of daily coronavirus cases, according to both worldometers.info and the New York Times database. The US saw its peak seven-day average in mid-July; India saw it in late August. A seven-day average is more representative than just a day’s number. It accounts for spikes, including those caused by reporting delays. For instance, for most countries in the world, the skyline of daily case numbers (represented in bars), shows a dip every five days – at the weekend. In India, even testing drops off on Sundays.

Since mid to late July, the US has been on its second trough, with daily cases dropping off by almost 25,000. India’s seven-day average of daily cases has at least doubled since mid-July. And unlike the US, the country hasn’t seen any troughs. The progress of the pandemic in India has been on a steadily rising curve, definitely slowed by the 68-day lockdown imposed by the federal government, but still one that continues to inch up. And that shouldn’t surprise anyone.

It shouldn’t because of four reasons. One, India is testing more than it used to. At the end of June, the country was averaging 210,525 tests a day, according to the HT dashboard (the number is, again, a seven-day average). By the end of July, this number increased to 501,370 tests a day on average. And by the end of August (as of Saturday), this number was 881,345 tests a day. This is a significant increase (although India continues to remain a laggard in terms of tests per million people compared to many other countries), and when you test more, it is only natural that you find more cases. The average positivity rate (again, a weekly average) has remained in the 8-12% corridor in this period, moving from 8.87% in late June to 10.4% in late July. It was at 8.14% as of Saturday. I’ve always discounted the national positivity rate for two reasons: disparities between testing intensity across states; and the fact that many states have not seen their positivity rates follow the established pattern (as testing is increased continuously, a rise, then a long plateau, and finally a fall) indicating that they are testing nowhere close to the numbers they should be.

Two, India is opening up, and as countries open up, they will see a rise in daily cases (the important question is the efficacy with which they quell these flare-ups). Given India’s size and population, it definitely did not make sense for India to wait, like countries in Europe did, for the number of cases to start declining before opening up. That would have meant waiting till the end of the year perhaps – something the economy could have ill-afforded. The home ministry has issued guidelines for what it calls Unlock 4.0, the fourth stage of India’s phased reopening, and welcome as this is from the point of view of livelihoods and the economy, it will result in some flare-ups.

Three, and regular readers will recognise the refrain, India isn’t testing enough. It is only when it tests adequately can infected individuals be identified and isolated, and people exposed to them be traced. Four, the ability of a country to keep the number of coronavirus disease cases under check once it eases its lockdown is directly proportional to its ability and willingness to enforce measures such as the wearing of masks and social distancing (and also directly proportional to the willingness of its people to be disciplined about both). India, unfortunately, lags on this count – as do other countries including the US, but other people’s mess is other people’s problem.

India’s peak still seems sometime away, which means the number of daily cases will continue to rise. While the country’s low case fatality rate – touted often by health administrators – is definitely cause for cheer, at the current 1.8%, it is worth noting that 80,000 cases a day, today, will translate into 1,440 deaths, weeks from now.