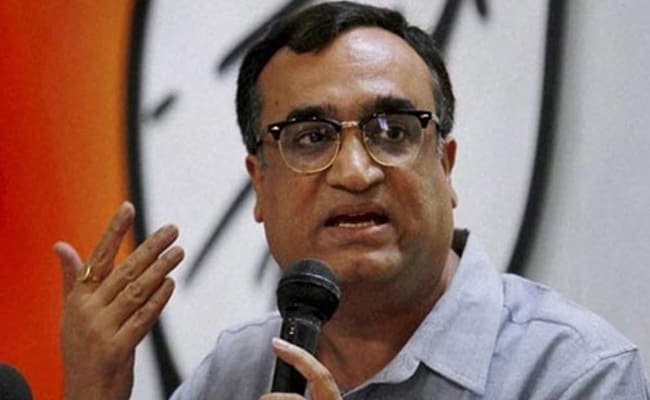 Congress national general secretary and the party’s Rajasthan in-charge Ajay Maken on Monday accused the BJP of using investigative agencies for its own political benefits.

Earlier in the day, the BJP alleged that the Rajiv Gandhi Foundation and the Rajiv Gandhi Charitable Trust received donations from organisations linked to Mehul Choksi, Rana Kapoor, Jignesh Shah and Zakir Naik, all of whom are being probed under money laundering charges.

Replying to a question on the BJP’s demand of a probe by the Enforcement Directorate in donations received by the Rajiv Gandhi Foundation, Mr Maken said, “We have seen in Rajasthan and in other states that BJP is using ED and CBI for its own political benefits.”

Meanwhile, he expressed satisfaction over the state government’s work progress, saying that it has achieved 60-70 per cent points of manifesto.

“Ministers have submitted department wise reports on promises made in the manifesto. I am happy and satisfied. If any government achieves 60-70 percent of its manifesto, then I understand that it is a good speed,” Mr Maken told reporters at a press conference.

He held a meeting with party leaders at the state Congress headquarters to take their feedback.

Mr Maken said the party would present its achievement of fulfilling manifesto promises and other things before the people of the state on October 2.

He said that it was decided that district in-charge ministers will visit their respective district once in a month to hold a meeting with local leaders and party workers, and submit a report to the party headquarters in Jaipur.

“I along with the state party chief will also hold a meeting every month here to discuss the report and feedback submitted by district incharge ministers for taking decisions to strengthen the organisation,” Mr Maken said.

On Tuesday, leaders of six organisational districts of Jaipur division of the party will take part in a meeting for better coordination between the government and the organisation.

Similarly, a meeting will be held in Ajmer division on Wednesday.

Rajasthan Congress chief Govind Singh Dotasra said achievements mentioned by the ministers will be matched with the manifesto promises and they will be presented before the people on October 2.