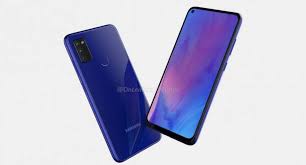 Samsung Galaxy  M51 is all set to launch in India very soon. The launch date is yet to be revealed by the South Korean smartphone manufacturer. The company has been posting teasers of the upcoming device on its social media platforms. Amazon has also put up a teaser page for the same. Ahead of the India debut, Samsung announces the Galaxy M51 in Germany.

Samsung Galaxy M51 is priced at Euro 360 (approximately Rs 31,000) in Germany. We expect the price tag to be a bit lower than this when the device launches in India. According to an earlier report by IANS, Samsung Galaxy M51 will be priced around Rs 25,000 and Rs 30,000 in India. In this price bracket, the device will go up against phones like the OnePlus Nord, Realme X3, and a few others.

* It comes with 6GB of RAM paired with 128GB of internal storage, expandable up to 512GB via a microSD card.

* The device runs Google’s latest Android 10 operating system with the company’s own One UI 2.0 skin on top.
* For security, the device features a side-mounted fingerprint sensor and features 2D face unlock using the front camera.

* All of this is backed by a massive 7,000mAh battery with support for 25W fast charging.

* Samsung Galaxy M51 sports a quad camera setup on the back consisting of a 64MP primary sensor, a 12MP ultra wide angle lens, a 5MP macro lens and a 5MP depth sensor.
* On the front, it features a 32MP sensor for taking selfies.

Samsung India has not announced when it will be launching its Galaxy M51 in India. However, according to an earlier report by IANS, the company is looking to launch the device in the first week of September.