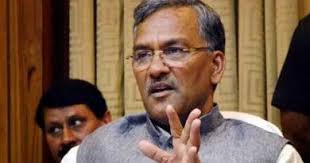 A ruling Bharatiya Janata Party (BJP) lawmaker, Umesh Sharma Kau, from Uttarakhand has written to party president JP Nadda about his constituency being neglected as far as development work is concerned.

The letter follows a similar complaint made by another party legislator and former Uttarakhand BJP chief Bishan Singh Chuphal, who had alleged that the bureaucrats were disregarding the elected lawmakers and also met Nadda on Wednesday to seek redressal for his grievances.

Umesh Sharma Kau, who represents Raipur constituency in Dehradun district in the Uttarakhand legislative assembly, has written to Nadda, alleging that no development work has been carried out in his assembly segment in the past few years.

He stated that the public has been sore with the state government for its apathy and drew the pitiable condition of roads in his assembly constituency to bolster his argument.

Kau has sought an appointment with Nadda in a bid to apprise him in detail about the travails of his constituency and has also underlined that as an elected representative he is deeply hurt by Raipur’s neglect and the anguish of his party workers.

He has blamed the bureaucrats, who, he alleged, refused to pay heed to repeated reminders from the ministers.

However, Kau downplayed his “hurt” and tried to gloss over the contents of the letter with the media.

“I have sent my letter to the national president (Nadda) through email. Yeh hamare parivar ka mamla hai (This is a matter of our family). I won’t talk about it in the media,” he said.

Chuphal said he had discussed developmental issues with Nadda, especially regarding roads and mobile phone connectivity. “He gave me a patient hearing. In the end, he told me that all the (party) members of the legislative assembly (MLAs) have to work together to ensure the BJP’s victory in the 2022 Uttarakhand polls,” he said.

He rubbished the insinuations that he was eyeing a berth in the Trivendra Singh Rawat-ruled state government.

“If I wanted to be inducted in the cabinet, I would have raised my voice in 2017, when the government had come into power. Why should I want it now? I have contributed to the party in various capacities, including being the state president,” he said.

He also refused to read into the timing of raising these allegations. “I just raised the issues in my constituency with the party’s national president. This should not be seen as that I am against the chief minister or I am mounting pressure to be inducted into the state cabinet,” he said.

At present, three cabinet berths are lying vacant, which the CM hinted recently, would be filled soon.

Another BJP MLA from Lohaghat in Champawat district, Puran Singh Fartyal, is also not happy with the government’s decision to re-allocate construction work of Tanakpur-Jauljibi (TJ) road to the same contractor, who was blacklisted after a probe in 2017. “The contractor has been given the contract again for the road project. Though he had won the case through arbitration, the government didn’t appeal against it. I also wrote about it to the national party president a few weeks ago. I’m not going to back down on this issue,” Fartyal said.

Fartyal was served a show-cause notice for working against party discipline and was also summoned by BJP’s state president Bansidhar Bhagat on August 24.

The rumblings within the lawmakers’ ranks come amid recent Bhagat’s call to action to the party legislators . He had urged them to work hard in their constituencies and not just bank on Prime Minister Narendra Modi’s name for getting votes.

BJP state leadership doesn’t want to read into a section of MLAs’ correspondence with Nadda. It insisted that “all is well in the party” and the media’s interpretation is all “wrong”.

Devendra Bhasin, state vice-president, BJP, said there was no dissent among the MLAs and nobody was challenging Rawat’s leadership. “If some MLAs have met Nadda or written to him about some issues in their constituencies that should not be interpreted in other ways. The MLAs are at liberty to interact with the national party president. What’s wrong in that?” he asked.

The main Opposition, the Congress, has jumped on the bandwagon and alleged that the state government not only failed in meeting the aspirations of the public but also of its own MLAs as well.

Leader of Opposition in the state assembly Indira Hridayesh said these developments show that now it is also apparent to the BJP MLAs that development has been elusive in the hill state during CMRawat’s rule. “Several lawmakers are apprehensive that they may lose elections because assembly polls are only two years away. They have woken up from their slumber and are raising their voice against the state government’s apathy and callousness,” she alleged.