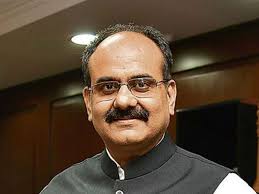 Income Tax Department is preparing to implement faceless income tax appeals from September 25. “It is completely doable… there may be some teething troubles, but they can be addressed,” Finance secretary Ajay Bhushan Pandey said during a webinar on Friday.

The Finance secretary, while answering queries about procedures for transfer pricing and penalties, said the department is studying whether cases of transfer pricing and penalty could be added in the faceless regime. Pandey said that pending appeals and cases would be resolved with a technical unit to help the appellate officer, without direct interaction with the tax authorities.

The I-T Department has rolled out pan-India faceless assessment facilities for all taxpayers from August 13. Finance secretary was speaking at a webinar on Transparent Taxation organised by Federation of Indian Chambers of Commerce & Industry (FICCI) and ET Markets.

Pandey, while talking about the need for simplification of taxes for non-resident Indians, said the nation’s taxation system will have to be aligned with the challenges of people’s global mobility.

He said, “The government or the Central Board of Direct Taxes will have to be more aligned to such problems because these are recent phenomena and this problem will get highlighted more.”

The finance secretary said the I-T department is relying heavily on data from sources like banks, stock markets, mutual funds, property registrations, remittances and foreign exchange transactions to single out evaders and identify mismatches. He said that out of the current 70 million returns filed, only about 200,000 are selected for further scrutiny.

In India, which has a population of around 1.3 billion, only 70 million people come under the tax system and only 15 million of them pay tax, said Prime Minister Narendra Modi last month. India introduced faceless assessment of tax on a pilot basis in October last year.