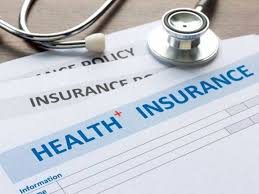 In post-lockdown times, when the auto industry is trying to fight back the ongoing crisis, many thought that social distancing norms will lead to more sale of personal vehicles in India. Others thought, do people have enough money to spare in the hours of Covid-19 crisis to buy a new car? Or even a two-wheeler?

Maruti’s dominance in the top selling cars in India is a no-brainer. As many as seven of them are expectedly on the list, including some of the models which have been ruling the segment for years.

In fact, Maruti’s most popular small car Alto hatchback, second on the list, recorded a growth of more than 40 per cent, compared to August last year. Alto recently became the only car in India to clock 40 lakh units in sales. It has ruled sales charts for two decades, even in June when the auto industry stepped out of the lockdown phase to sell cars again.

Hyundai i10 Grand is the other small car to feature on the list. It recorded sales in five figures in August.

Alto’s growth rate in August, third biggest among the top 10 cars, has been a highlight of the return-to-growth story of the industry. But the biggest highlight has been the growth story of the SUV segment. Hyundai Creta and Kia Seltos have now intensified their rivalry with some promising growth figures.

Hyundai sold 11,758 units of Creta SUV last month, almost twice as much as it sold one year back. The new generation Creta SUV, launched just before the country went into lockdown, has generated significant interest among customers. It held onto its crown of top selling SUV in India keeping Kia Seltos at bay, by not much. Creta secured the fifth spot on the list.

Seltos SUV, launched during the same time last year, has been a steady climber for the past 12 months. In fact, Kia clocked 1 lakh sales last month only 11 months into the market, the fastest Indian carmaker to do so. Kia Seltos SUV is the reason behind the carmaker’s success story in India. The SUV, which fell short of Hyundai Creta by just 1003 units last month in sales figures, accounted for more than 98 per cent of Kia’s total sales in India.

Maruti Dzire, Baleno, Ertiga and Eeco are the other cars on the list of top 10 selling cars last month.