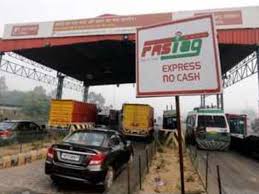 FASTag is an electronic toll collection system, operated by the National Highway Authority of India.

It employs Radio Frequency Identification technology for making toll payments directly from the prepaid or savings account linked to it or directly toll owner.

“On the next screen, enter your vehicle number and proceed to pay with your bank account. Users can also check their FASTag account balance for FASTags issued by supported banks with the tap of a button,” the company said in a statement.