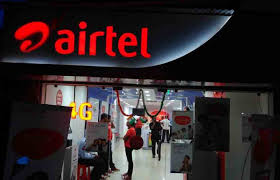 Telecom companies’ battle to lead market share has spilled over to the broadband platform. After Reliance Jio announced unlimited internet in all Jio Fiber plans, Airtel also followed this and today announced various freebies in its fiber plans.

Customers to get access to all LIVE TV channels as well

Sunil Taldar, Director– Homes, Bharti Airtel said: “Customers are increasingly spending more time online be it education, work or entertainment. And Entertainment is the space where we see an exciting opportunity. Airtel Xstream is India’s premier entertainment platform that brings the best of entertainment along with unlimited high speed broadband connectivity into a single solution. To drive penetration of this exciting innovation we are today making our plans even more accessible for customers. ”

The Airtel Xstream bundle is available to customers starting September 7, 2020.