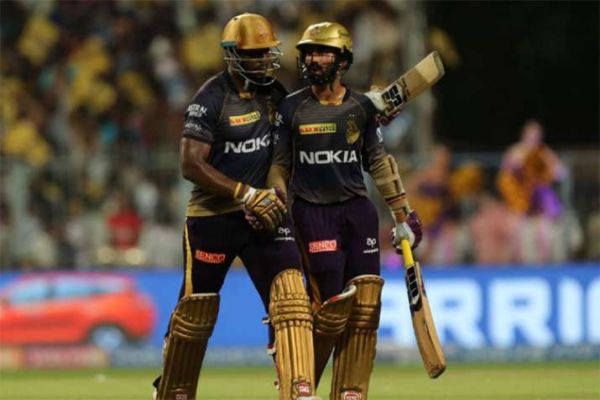 Kolkata Knight Riders (KKR) have revamped their coaching set-up and added some key players for the 13th edition of the Indian Premier League (IPL). Among them is former Australian cricketer David Hussey, who has played over 300 T20 matches across the franchise and international cricket, and is now KKR’s mentor.

For Hussey, cricket in times of Covid-19 pandemic is an opportunity and one of the foremost things for him, as a part of the think tank, is to ensure that players get acclimatised to conditions and remain mentally relaxed during the 53-day long schedule of the IPL.

“With the heat and the weather, it is going to be very hard. But I am hoping the conditions might be windy as well. We are playing most of our games during the day, so that will be some respite for the boys,” Hussey told the indianexpress.com.

According to Hussey, under the leadership of skipper Dinesh Karthik, KKR’s net sessions have been ideal and the morale within the team has been upbeat. The Knight Riders love and idolise their leader who is spending a lot of time discussing various plans and strategies with the group.

“Karthik is a straightforward person who backs his teammates to get the job done. It’s a good sign of leadership. He is high maintenance at times because he loves the game of cricket. There is no malice… he only cares about winning the game,” said the 42-year-old.

Karthik remained at the helm for the Knights despite the team’s average performance last season. The franchise and its senior players have a lot of faith in his captaincy despite a roller-coaster 2019.

However, there was one moment when the ship seemed to be in turbulent waters when old guard Andre Russell cut a frustrated figure as KKR struggled to get over the line with the Jamaican not getting enough time out in the middle.

Russell had also claimed that a few “bad decisions” by their team and an unhealthy team atmosphere was responsible for the poor results in the 2019 campaign. Since then there has been a lot of talk about the Russell-Karthik relationship.

But according to Hussey, there are no faultlines between the two. “There is no rift or anything there. Actually, I think there is a bit of bromance there and they are pretty close which is fantastic for the group,” said Hussey, who was a part of KKR from 2008-2010 as a player.

While Russell remains KKR’s go-to guy, the inclusion of Eoin Morgan adds another dimension to the side.

“Morgan is a classy-middle order player. Along with DK, I am sure it will be a fantastic partnership on the field. DK from behind the stumps and Morgan can be sort of the vice-captain and help the bowlers out in certain situations. He will fit in perfectly,” Hussey remarked.

Two-time champions KKR aim to make it a third and to achieve that, they are also looking to get their methods right and keep hitting the right notes until they reach the brass ring at the top. KKR will begin their campaign in UAE on September 23 when they lock horns with Rohit Sharma-led Mumbai Indians.