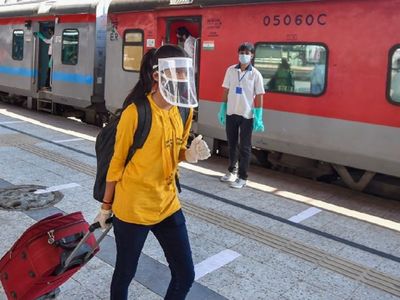 The Ministry of Railways announced on Tuesday that it will be running 20 pairs of clone trains from September 21 onwards.

Railways said in a release that the advance reservation period (ARP) for these clone trains will be 10 days.

Regarding the price of tickets on these trains, it said that the charges for 19 (of the 20) clone trains will be at the rate of Humsafar Express trains.

The tickets for the clone train on the Lucknow-Delhi route will be at par with the Janshatabdi Express rates, it further added.

The railways will run these trains on the routes with high demand or on tho routes with a long queue of waitlisted tickets.

Furthermore, the stoppages for these trains will be limited to the Divisional Headquarters en-route (if any) or to the operational halts. Also, railways said it will pay heed to the suggestions of state governments while restricting the halts.

These 20 clone trains will be in addition to the 310 special trains that have already been pressed into service since the complete COVID-19 lockdown was partially lifted.

The release further stated that these will primarily be 3 AC trains that will have operate at speeds higher than those of the existing special trains. Also, these trains will be operated on notified timings and will be fully reserved trains with operational halts only.

It is to be noted that such clone trains have not been operated by the Indian Railways in the past.

After the coronavirus lockdown in the country was partially lifted, the national transporter began running 30 AC IRCTC special trains in May, followed by an additional 200 trains in June. Another 80 IRCTC special trains began operating from September 12, taking the total number of currently operational trains to 310. With the addition of these 20 clone trains, the Railways will take another major step towards returning to pre-Covid levels.