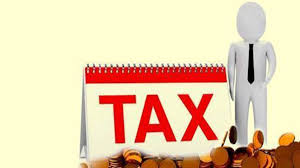 Overall direct tax collections (post-refunds but before devolution to states) came in at Rs 10.37 lakh crore in FY20, lower than Rs 11.25 lakh crore collected in FY19.

As a fraction of direct taxes collected, refunds of such taxes peaked at 16% in FY17, the demonetisation year, but have since fallen and touched 12.4% in FY19, according to data reviewed by FE. However, the rate, given the available data, seemed looking up again in FY20. The refunds in April-January last fiscal were Rs 1.71 lakh crore or close to 14% of the collections in the whole of FY20 and may have risen further in February-March. FY20, it may be noted, saw the uncommon phenomenon of year-on-year decline in tax receipts, owing to a deep cut in corporate tax rate and a steep decline in economic growth.

The Parliamentary Standing Committee on Finance had raised an alarm over ‘excess’ advance tax payments in the last two financial years, drawing inference from the ‘high’ component of interest payouts in the funds refunded. The panel attributed the perceived trend to the taxman, in his drive to meet the revenue targets, apparently pushing the taxpayers to pay excess taxes. While this is certainly not true of FY19, refunds as a share of collections have of course risen in FY20, but perhaps not at a rate necessitating an alarm. Advance taxes have remained at 40-41% of the gross (pre-refund) collections through the last few years, reviewed by FE.

Personal income tax receipts grew faster than trend in FY17 due to note ban and subsequent crackdown (Operation Clean Money) on sections of people whose cash deposits during the November 8-December 31 period were found inconsistent with their income profiles. This drive resulted in a rise in refunds also. But the post-demonetisation increase in the rate of growth of personal income tax receipts was short-lived; FY18 PIT growth (post-refunds) came in at 19.8%, lower than a robust 21.4% in FY17; there were further slippages in FY19 (13%) and FY20 (flat).

Overall direct tax collections (post-refunds but before devolution to states) came in at Rs 10.37 lakh crore in FY20, lower than Rs 11.25 lakh crore collected in FY19.

The Central Board of Direct Taxes in its response to the House panel said that advance tax payment was paid on estimated income for the financial year, and in many instances the taxpayer may end up claiming deduction and exemptions not factored in earlier in the year. This would lead to a reduction in tax liability and make the taxpayer eligible for refund, which would then be paid back with interest on the amount.

Similarly, the TDS payment made by taxpayers is often higher given that withholding tax is applied on gross payments, which doesn’t factor in deduction or exemptions the assessee may avail later. “The higher TDS deducted in such cases is claimed as a refund by the taxpayer while filing his return of income,” the Board said. The other factor that contributes to higher component of interest outgo on refund is amount collected on an assessment order that is challenged in appellate forums. In such cases, the assessee has to deposit 20% of the demand that is in dispute before approaching commissioner (appeals). However, if the appellate decision goes against the department, this amount is refunded to the taxpayer along with interest.

Assessing officers have been directed to collect only 20% of the demand raised if an appeal has been filed before the commissioner (Appeals), inter-alia, to minimise the outgo of refunds and interest, in the event of an unfavourable appellate order,” CBDT said to the panel.