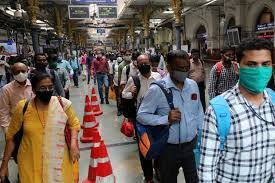 The number of Covid-19 cases have surged to more than 32.4 million or 0.4 per cent of the Earth’s total population – meaning nearly every 250th person has already contracted coronavirus.

The current world population is 7.8 billion (as of September 2020), according to the most recent United Nations estimates elaborated by Worldometer.

The number of active cases continues to rise rapidly, increasing by about 5 lakh this week. Active cases now account for 23.3 per cent of the overall case count.

Some 37,000 novel coronavirus-related deaths were registered in the past seven days, bringing the overall death toll to 983,000, Tass news agency reported on Saturday.

The World Health Organisation (WHO) has warned that the global coronavirus death toll could cross the two-million figure before an effective vaccine is widely used.

The number of Covid-19 deaths is fast approaching one million — nearly nine months after the outbreak started in China.

The US is the worst-hit country with the world’s highest number of cases and deaths at 7,032,524 and 203,657, respectively, according to the Johns Hopkins University.

Brazil currently accounts for the second highest number of fatalities at 140,537.

In relative terms, the spread of the novel coronavirus worldwide has slowed down.

In the past seven days, the case count increased by 6.8 per cent, compared to 7.4 per cent the week before.

In the European continent, France is the most-affected country in the moment, reporting a weekly growth of almost 20 per cent.