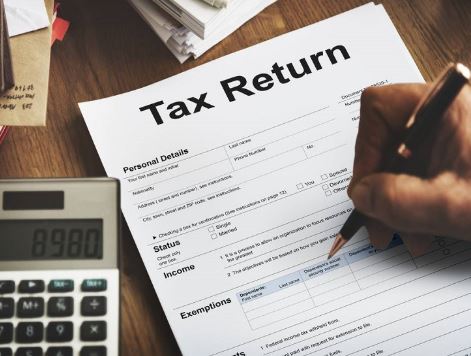 It is that time of the year when taxpayers are required to file their income tax returns (ITRs) for the relevant financial or assessment year. However, in a rush to file their ITRs on time, many people make some ITR filing mistakes which sometimes cost them dearly — although such mistakes are not unusual because besides the ITR filing being an annual activity, income tax rules also keep changing from time to time.

Thankfully, to mitigate the woes of taxpayers in times of the Covid-19 pandemic, the Income Tax Department has in recent months extended the ITR filing due dates many times. Still, some tax filing mistakes are bound to occur because of various reasons.

To help taxpayers avoid the common tax filing mistakes, we are taking a look at some such mistakes which can cost them dearly:

Many taxpayers presume that, if tax has already been paid, the return of income is not required to be furnished. That should, however, not been done. “If the assessee is a resident of India, irrespective of his tax liability, ITR is required to be furnished if his total income (before claiming certain exemptions and deductions) exceeds basic exemption limit. Further, in certain circumstances specified in Seventh Proviso to Section 139(1), the filing of return is mandatory even if total income does not exceed basic exemption limit. For example, if expenditure on foreign travel exceeds Rs 2 lakh or payment of electricity bill exceeds Rs 1 lakh, among others,” says CA Naveen Wadhwa, DGM, Taxmann.

Taxpayers should always start the income tax filing preparation in time. “That is because not starting the tax filing preparation in time creates an atmosphere of tension and increases the possibility of making mistakes, missing deductions and exemptions and filing the return late. This would result in a possible interest levy and a late filing fee,” says Aarti Raote, Partner, Deloitte India.

Every year the I-T department keeps notifying various tax return forms for the convenience of taxpayers, depending upon their income, types and residential status. However, it has usually been seen that many taxpayers choose incorrect ITR forms while filing their return of income.

For instance, a resident individual whose total income is less than Rs 50 lakh and has one house property and no income from capital gains can use the ITR 1, which has become a more simpler form now. However, many people incorrectly file ITR 2 which is complex and requires far more details.

Thus, “if someone chooses the wrong ITR form, it is likely that the complete information in ITR would not be reported and the tax department can issue a notice for underreporting the income,” says Wadhwa.

Form 26AS incorporates various information such as information relating to Specified Financial Transactions (SFT). If the assessee fails to furnish return of income and his form 26AS includes information about financial transactions, he might get a tax notice.

Therefore, “examination of the Form 26AS before filing the tax return is necessary. This provides an easy checklist for the tax payer to verify his income as well as his expenses. Further, if the details reported in 26AS are incorrect, the tax payer would have the time to request the deductor for an explanation and correction,” informs Raote.

Another common mistake that most people make is paying taxes for the wrong assessment year. “This will result in taxes still payable for the current year while an excess payment will be made for another year. Hence, one should be careful in selecting the right year when paying of taxes,” says Raote.

6. Not reporting the foreign assets correctly

For the past couple of years residents are required to report foreign assets in the tax return. These could be bank accounts, foreign stocks, including ESOPs or overseas trusts. It is necessary to report this carefully with their values. Most people fail to report the RSU and ESOP stock they hold on account of oversight, which can cause challenges if the return is picked for audit.

Missing to claim benefit of donations, tax-saving investments is quite common. During the year, several tax payers do invest in several investments or make donations that they fail to make a note of. An easy way of tracking this would be to analyse the bank statements in detail where these records would be available.

8. Not reporting petty incomes in ITR

Believing that petty incomes aren’t to be reported in ITR. “It would, however, be a costly belief as the Income Tax Department gets regular information from banks and financial institutions about your transactions which are reconciled with your ITR. If some tax has been deducted from the assessee’s income, but he doesn’t report the corresponding income in ITR, he might get a tax notice,” says Wadhwa.

Failure to report exempt income is one of the errors that people make. “While there is no tax implication of not reporting the exempt income, it does help to establish the disparity between earnings and taxes and avoid the requirement to provide lengthy explanations in case of a tax query,” says Raote.

Similarly, income or income generating assets transferred to the spouse or minor kids is always clubbed as income in the hands of the transferor. Many people miss report this income which generally gets noticed in case of audits, and if that happens, interest and penalty may follow.

Submission of an ITR does not absolve the assessee from his obligation unitll he verifies it. In case the assessee does not verify his return, it will be treated as an invalid return.