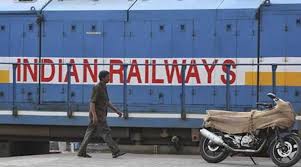 Before the lockdown, Indian Railways used to prepare the second reservation charts between 30 minutes to 5 minutes before the train’s scheduled or rescheduled time of departure. As per provisions of refund rules, cancellation of already booked train tickets was also allowed during this period. But due to the novel coronavirus pandemic, instructions were issued to shift the time of preparation of the second reservation chart to two hours instead of 30 minutes before the scheduled or rescheduled time of departure of trains from the railway station.

The decision to prepare a second reservation chart at least 30 minutes before the train’s departure was taken as per the request of zonal railways for ensuring convenience of railway passengers, the Railway Ministry stated. Thus, the facility of Indian Railways ticket booking, through PRS ticket counters and online, shall be available for passengers accordingly, before preparation of the second chart. To restore this provision with effect from 10 October 2020, necessary modifications have been issued to CRIS in the software, the ministry added.

Due to the imposition of the nationwide lockdown, Indian Railways had suspended all passenger trains services from 25 March 2020. However, to help stranded migrants reach their home states, Special Train services were resumed in a staggered manner beginning with Shramik Special trains from 1 May 2020.