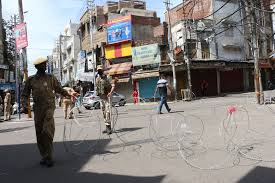 The government is increasingly focussing on livelihoods under Unlock 5 and on boosting economic activity as the pandemic rages on. But, health experts warned, the home ministry’s recent decision to open schools and cinemas, and allow festive gatherings and interstate travel may trigger a surge in covid-19 cases.

“For the first time since the start of the pandemic, the 7-day average of daily new covid-19 cases has been on a continuous decline for the past 17 days at the national-level, suggestive of a definitive peak for the time-being — although the same cannot be said for many states and districts. But Unlock 5 norms might thwart the declining momentum and take the daily new cases to a plateau,” said Rijo John, health economist and consultant at WHO.

Increasing interstate movement and easing of local lockdowns will encourage tourism and people’s movement. States such as Maharashtra, Uttar Pradesh and Karnataka, which have been imposing local lockdowns, will remove restrictions. Similarly, Uttarakhand, which is famous for tourism and had stringent entry rules for inter-state travel, may also see free movement. Considering that authorities will only focus on containment zones to curb movement, the possibility of a surge in cases cannot be ruled out.

“Though there was no curb on interstate movement for goods and people in UP, police check posts kept a strict vigil at state borders. Free movement of people may increase chances of more cases, especially during the festivals,” said Akash Tomar, senior superintendent of police, Etawah district, UP.

Partial opening was not enough to boost the economy. The Centre has no choice but to infuse liquidity to raise demand by clearing dues to contractors and states while renewing its focus on Make in India, and offering sops to small businesses, said Ashwajit Singh, MD of consultancy firm IPE GLOBAL. However, amid reports of a second wave in Europe, there is a possibility that Unlock 5 may trigger a surge in cases, especially with the winter setting in north India, he added.