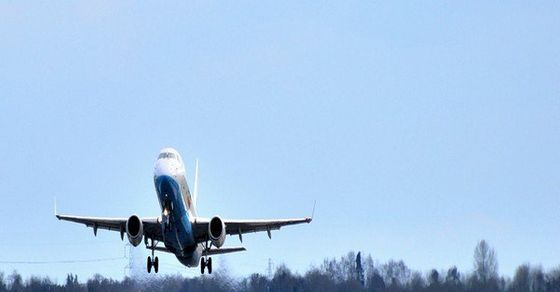 Good news for air passengers! Flight services from Bareilly Airport are likely to start by this year-end. The Airports Authority of India (AAI) has recently announced that commercial flight services from the Bareilly Airport are expected to start by December 2020. The airport in the city of Bareilly, Uttar Pradesh, belongs to the Indian Air Force and the Airports Authority of India has build a new civil enclave in the airport with an interim terminal building of an area of 525 sq metres. The AAI has also developed an apron for parking of one ATR-72 type of aircraft, according to a PTI report. Besides, a regular terminal building at the Bareilly airport with an area of 2,520 sq metres is also being built by the AAI and more than 80 per cent of its development work has already been completed.

According to AAI, the city of Bareilly in Uttar Pradesh will be connected to UP’s capital Lucknow and Delhi under the UDAN scheme of the Modi government. Flight services from Bareilly to Lucknow or Bareilly to the national capital are expected to start by December 2020, AAI further stated. Under the regional air connectivity scheme of UDAN, financial incentives in terms of concessions from the central government, state government, as well as airport operators, are extended to select airlines in order to encourage operations from the airports that are unserved or underserved and keep the airfares affordable for the public.

AAI is eyeing to develop at least 100 airports, waterdromes, and heliports across India under the UDAN scheme by the year 2024. The fourth anniversary of the UDAN scheme, which aims at providing affordable, economically viable, and profitable air travel on regional routes was commemorated a few days ago. A total of 50 airports that are unserved and underserved (including five heliports) with 285 routes across the country have been added under the Modi government’s UDAN scheme.