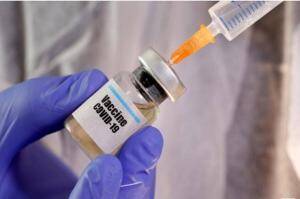 Coronavirus Covid-19 vaccine: Oxford-AstraZeneca efficacy results did not include findings from Serum Institute of India, which is holding phase 3 human trials of AZD1222 under the name of Covidshield in India as the results would come in December

Coronavirus Covid-19 vaccine: The month of November has been a fruitful one in terms of the quest for an elusive Covid-19 vaccine. Three frontrunners in the ongoing Coronavirus vaccine race – Oxford-AstraZeneca, Pfizer-BioNTech, and Moderna– have announced efficacy rates of their potential Covid-19 vaccine candidates AZD1222, BNT162b2, and mRNA-1273, respectively. However, the startling revelations pertaining to a “dosing error” by Oxford-AstraZeneca have cast doubt over the authenticity of the efficacy of their vaccine candidate. Meanwhile, AstraZeneca CEO Pascal Soriot has claimed that the company is likely to go for an additional global trial of the vaccine candidate, as per a Reuters report.

On November 23, AstraZeneca announced the efficacy results of its vaccine candidate. AstraZeneca in a statement said that two different dosing regimens demonstrated efficacy with one showing a better profile and there were no hospitalisations or severe cases of COVID-19 in participants treated with AZD1222. “One dosing regimen showed vaccine efficacy of 90 per cent when AZD1222 was given as a half dose, followed by a full dose at least one month apart, and another dosing regimen showed 62 per cent efficacy when given as two full doses at least one month apart. The combined analysis from both dosing regimens resulted in an average efficacy of 70 per cent,” AstraZeneca said in the statement. It said that an independent Data Safety Monitoring Board had checked the results and more data will continue to accumulate.

Soon after this announcement, Moncef Slaoui, head of the US Operation Warp Speed program, which looks after the vaccine programme in America, claimed that most of the participants that received the regimen of two full doses belong to the age group of 55 years and over. This regimen of full dose shows the efficacy of 62 per cent compared to the half dose regimen that was administered chiefly to the younger age group and showed higher efficacy of 90 per cent, according to media reports.

Now, AstraZeneca is facing tricky questions about the efficacy rate of the vaccine rate with some experts claiming it could be impediments to its chances of obtaining an Emergency Use Authorization (EUA) from the US and the EU regulatory bodies, as per the Reuters report.

What led to the Oxford-AstraZeneca Covid-19 vaccine error?

Head of AstraZeneca’s non-oncology research and development Mene Pangalos revealed that around the time when Astra was initiating its partnership with Oxford at the end of April, university researchers were administering doses to trial participants in Britain. They soon noticed likely side effects such as fatigue, headaches, or arm aches which were milder than expected, he said. “So we went back and checked … and we found out that they had under-predicted the dose of the vaccine by half,” Pangalos said, adding that the company decided to continue with the half dose and administer the full dose booster shot at the scheduled time, a Reuters report says.

Meanwhile, the University of Oxford in a statement said that they had different methods of measuring the concentration of the COVID-19 vaccine candidate. Oxford said that when a lower dose was used, they discussed with the regulator and decided to test both sets of lower dose-higher dose, and higher dose-higher dose during the Phase 3 human trials, as per an Indian Express report.

Bioethics expert Amar Jesani has claimed that there were probably two reasons. One, with an aim to develop a vaccine in haste, the manufacturer tried to compress the several stages of development. Secondly, drugmakers are competing with each other to capture the vaccine market, the IE report says.

Notably, Oxford-AstraZeneca efficacy results did not include findings from Serum Institute of India, which is holding phase 3 human trials of AZD1222 under the name of Covidshield in India as the results would come in December, the IE report says.